4 including African man nabbed with 4.9 kg heroin from Kathmandu 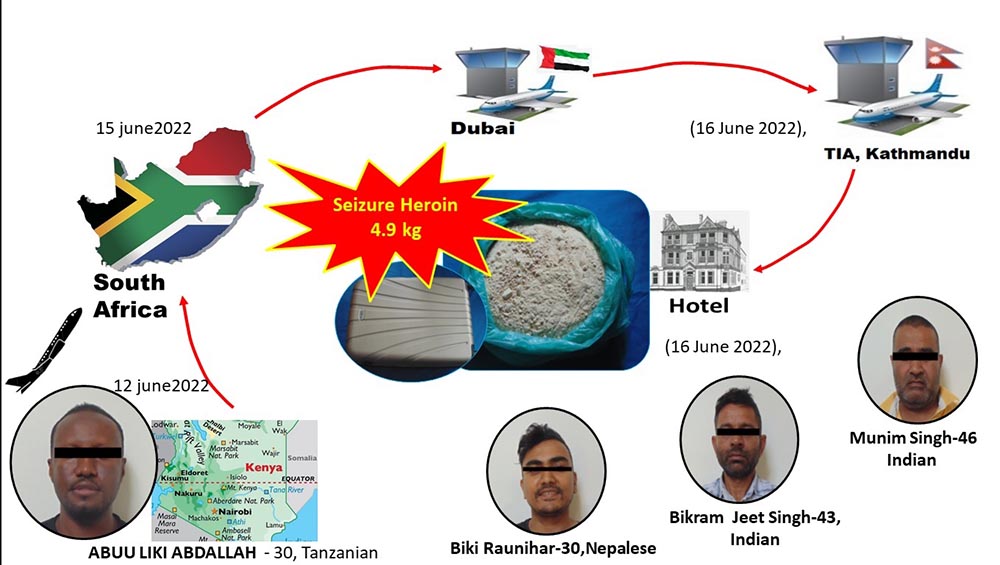 KATHAMNDU : Less than a week after seven South African women were arrested with 51 kg of heroin, police have nabbed another African man along with two Indian nationals and a Nepali with 4.9 kg heroin.

The African man has been identified as Abuu Liki Abdallah (30) of Tanzania.

A team of Narcotics Control Bureau nabbed Abdallah along with three others from a hotel in the Capital.

The two Indians and a Nepali had gone to Abdallah’s hotel in a car to take the heroine from him.

Abdallah had arrived in Kathmandu from South Africa via Dubai on June 16.

Earlier on June 17, Nepal Police had made public seven South African women who had come to Kathmandu with 51 kilograms of heroin worth more than Rs 1 billion.