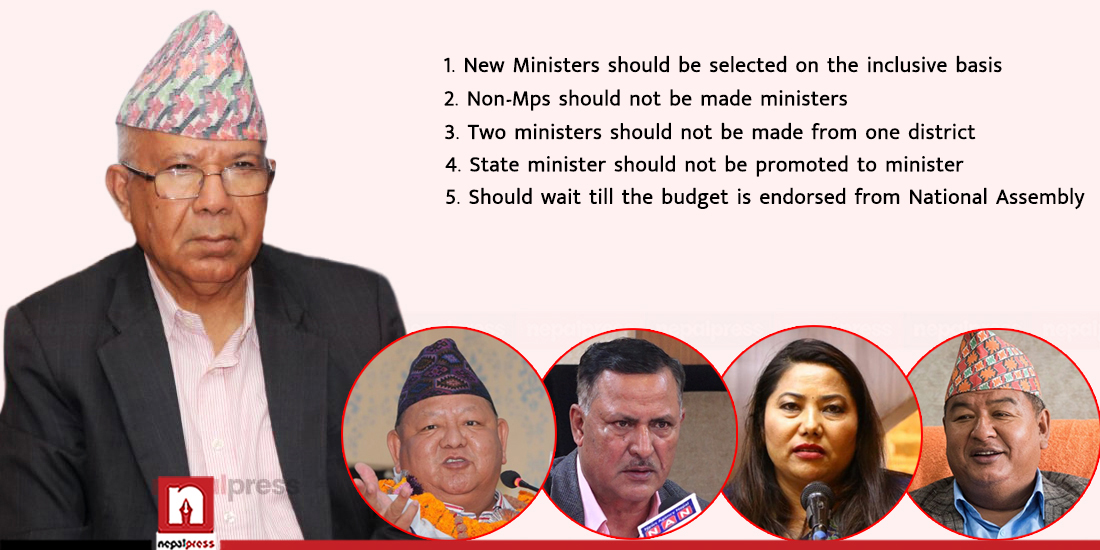 KATHMANDU: The ministers of the CPN (Unified Socialist) have set a five-point condition to leave the government.

During a meeting held at the house of Madhav Nepal in Koteshwor on Wednesday, though ministers had agreed to implement the party’s decision, they expressed their dissatisfaction with the selection of ministers.

They have accused the party of taking an immature decision by taking out the issue of changing the ministers at a time when the budget was under consideration in the Parliament.

Saying that their performance in the government is better than other parties, they have criticized the party leadership spreading the rumours of changing the government.

As the party has already decided to reshuffle the ministers, Chairman Nepal urged them to implement the decision.

The party Chair and the ministers also had a heated argument during the meeting.

The ministers had criticized the role of Chairman Nepal and party senior leader Jhalanath Khanal.

The five conditions set by the ministers are as follows: