Pharmacy operator among 4 arrested for selling drugs without prescription 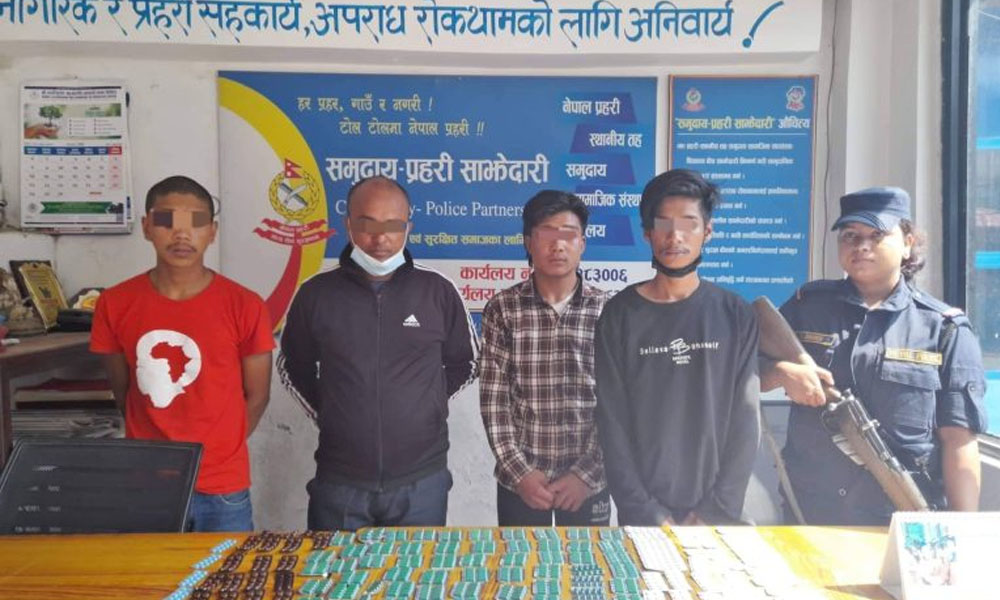 KATHMANDU : Police have arrested a pharmacy operator including four others for selling drugs without any prescription from Tarkeshwor Municipality- 5 in Kathmandu district.

Acting on a tip-off, police apprehended them from Ganga Jamuna Pharmacy in Lolang of Tarkeshwor-5. Karki is the owner of the pharmacy.

According to the police, 450 tablets of Spaspen, 240 tablets of Trama and 500 capsules of Tramadol have been recovered from the pharmacy.

They have been sent to the Department of Drug Administration (DDA) for further investigation, police said.