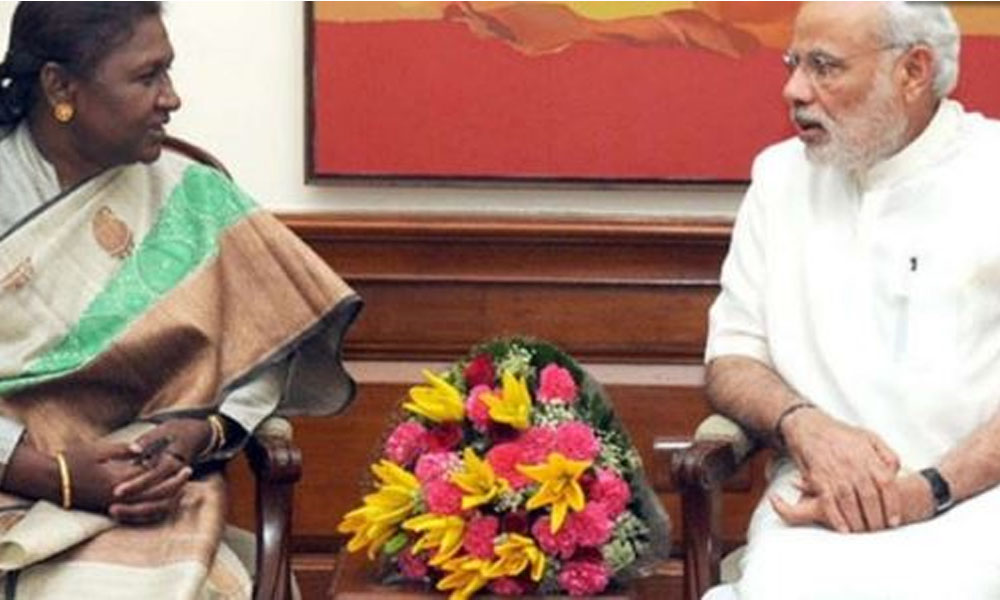 “For the first time, preference has been given to a woman tribal candidate. We announce Droupadi Murmu as NDA’s candidate for the upcoming Presidential elections,” Nadda said.

The tribal leader served as the Jharkhand governor between 2015 and 2021. If elected, she will be the first tribal woman to occupy the top constitutional post. She will be contesting the presidential polls against UPA presidential nominee Yashwant Sinha, whose candidature was announced earlier in the day.

The Presidential elections will be held on July 18 and the counting of votes, if needed, will be conducted on July 21. The last date of nomination has been set for June 29. The new president has to be sworn in by July 25. President Ram Nath Kovind’s tenure ends on July 24.

“A total of 4,809 electors to vote in the Presidential elections 2022. No political party can issue a whip to its members,” chief election commissioner Rajiv Kumar had said.

The nominated members of either Rajya Sabha and Lok Sabha or legislative assemblies of the states are not eligible to be included in the electoral college and therefore, they are not entitled to participate in the election.