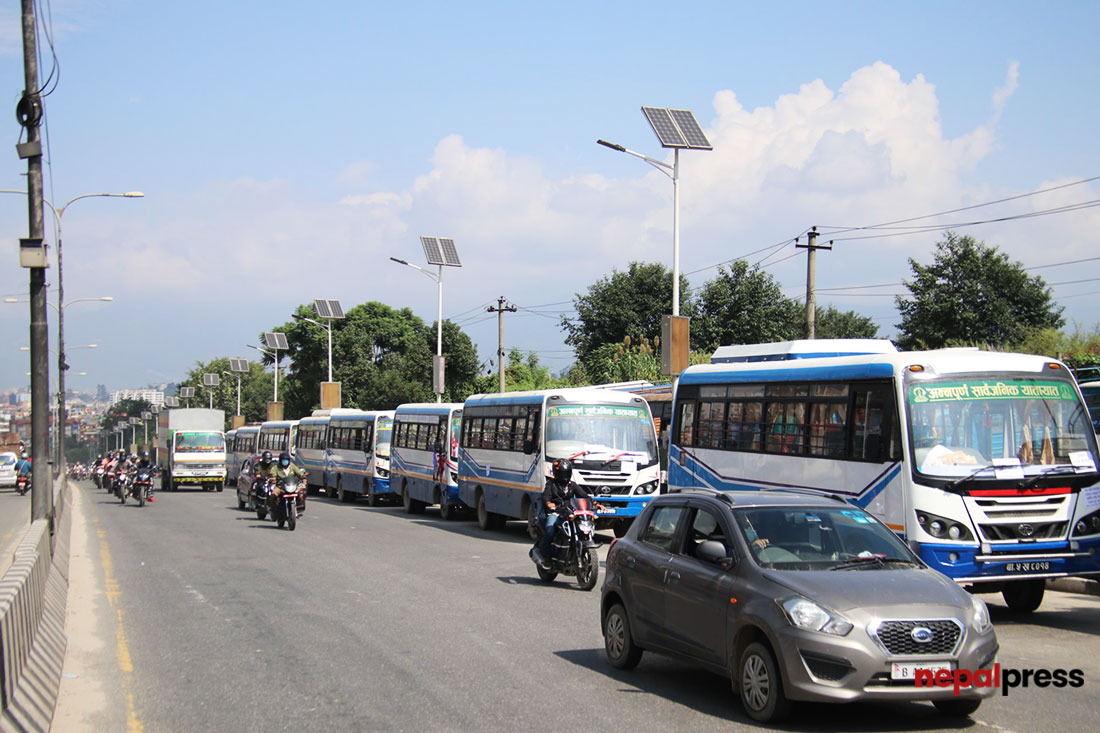 KATHMANDU : The Department of Transport Management (DoTM) has increased the fares of public transport after the Nepal Oil Corporation (NOC) jacked up fuel prices.

According to the department, the fares of long-route public vehicles plying inter-province has been increased by 5.30 percent.

Earlier on Thursday, NOC had jacked up the prices of petroleum products.