We have not called the Prime Minister to insult him: President Niraula 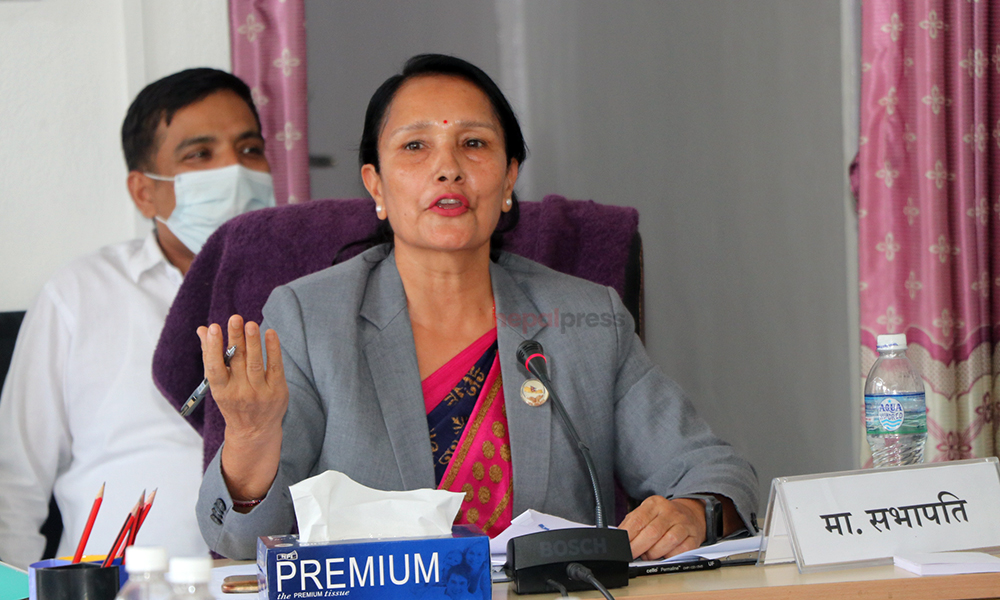 KATHMANDU: President of the International Relations Committee of the House of Representatives Pabitra Niraula said that there was no intention to insult the Prime Minister by calling him at the meeting of the committee.

She said so while speaking at the meeting of the committee held on Sunday.

“We also invited Prime Minister Sher Bahadur Deuba to seek his response to the concerns raised over the issue of nationality,” she said, adding, “The Prime Minister should have responded to the queries in the Parliament. We summoned him to the committee after he did not reply to the questions raised on the matter. We had expected his answers.”

“We invited the Prime Minister to discuss the hotly debated issue of the State Partnership Program, not to insult him,” she further said.

But, he did not come, she added.