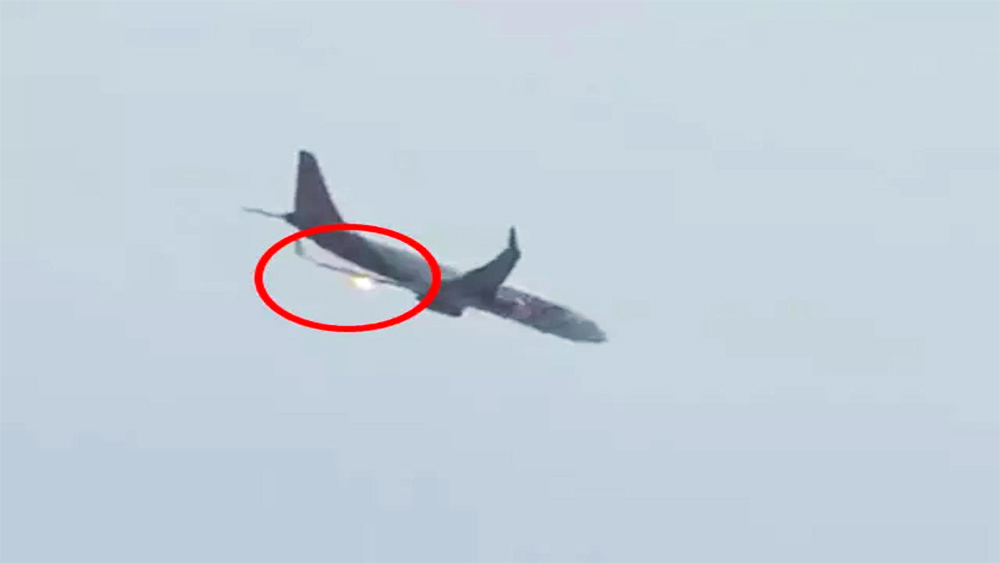 A group of 185 passengers travelling from Patna to Delhi by a SpiceJet flight (SG 725) had a providential escape when one of its engines caught fire soon after takeoff from Patna airport at about 12 noon on Sunday, officials said, Hindustan Times reported.

“The aircraft landed safely at the Patna airport after smoke was noticed from one of the left engines of the airplane, possibly after a bird hit or a technical fault. The matter is being investigated. All 185 passengers are safe,” said Chandrashekhar Singh, district magistrate, Patna.

The fire in the plane was noticed when the aircraft was between Khagaul and Phulwarisharif, which is 2 nautical miles from the Patna airport.

Bird hits are common as there is an open abattoir near the Patna airport, which attracts birds. The issue has been raised during several environment committee meetings with the Bihar government for the past several years, but nothing much has been done, said airlines officials.

The Boeing 737 aircraft with full load had taken off from Patna at about 12 noon and was scheduled to reach Delhi at 1:30 pm. The airline was making alternate arrangements to ferry the passengers to their respective destinations, said Singh.

Local residents, living near the airport in Pulwarisharif, said they heard a loud sound after which they noticed smoke billowing from one of the engines of the aircraft. Airport officials suspect it to be a bird hit.

The aircraft had to make an emergency landing at the Patna airport and it was immediately taken to the parking bay.

“I saw sparks flying from one of the engines below the left wing of the aircraft soon after the aircraft took off,” said Gaurav, a passenger, as he was huddled back inside the airport terminal building by airport and security forces.

The Patna airport caters to 84 aircraft movement in a day and all flights, especially to metros, including Delhi, Kolkata and Mumbai are full due to the recent cancellation of trains due to protests over the Centre’s Agnipath scheme for defence recruitment.

With cancellation of trains, an economy class air ticket to Delhi had soared to ₹22,000 against its normal price between ₹6,000 and ₹7,000 during the summer holidays. Air tickets to Kolkata, which was otherwise sold between ₹4,000 and ₹5,000 had shot up to ₹17,000 on Saturday, said Kumud Ranjan of Mamata Travels.