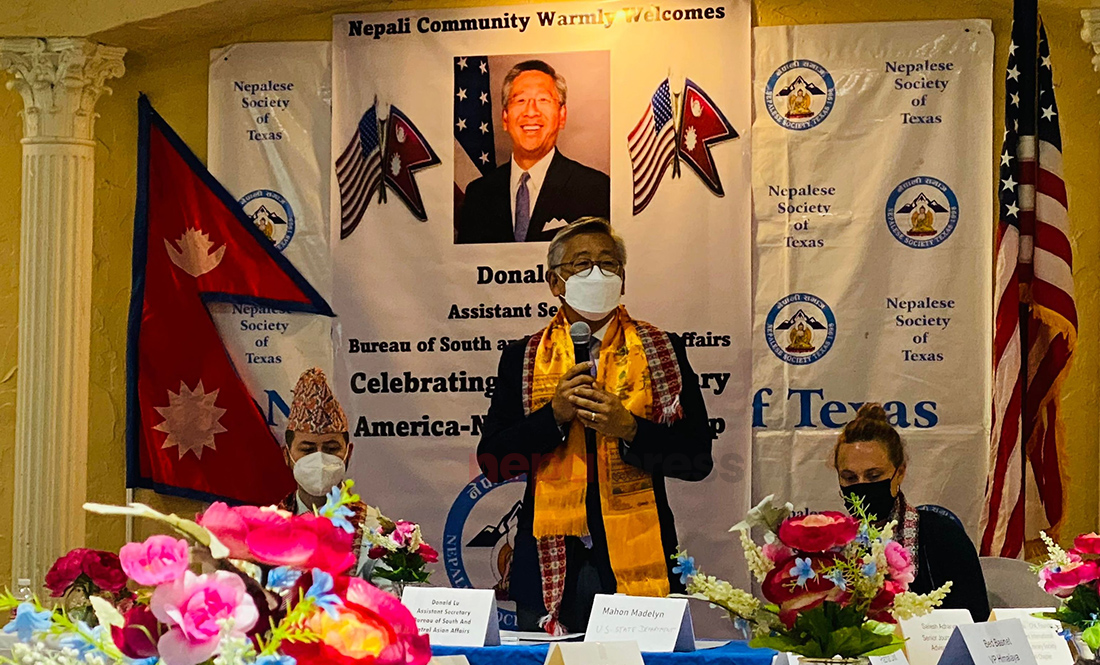 KATHMANDU: At a time when questions over the State Partnership Program (SPP) have arisen in Nepal, US Assistant Secretary of State Donald Lu lambasted Nepal’s northern neighbour China.

Lu accuses China of creating unnecessary propaganda in Nepal over the SPP.

Speaking at an interaction with the people of Nepali Community in Dallas of Texas state, he accused China of trying to intervene in the implementation of the Millennium Challenge Corporation (MCC).

The Assistant Secretary clarified that SPP and MCC have no relations.  He said that the SPP is just a programme to help the Nepal Army.

Without taking the name of China, Lu said that Nepal’s big neighbour is trying to thwart the MCC agreement and also trying to create unnecessary propaganda over the SPP.

He claimed that the protests are being held in various places of Nepal against MCC and SPP at the behest of China.