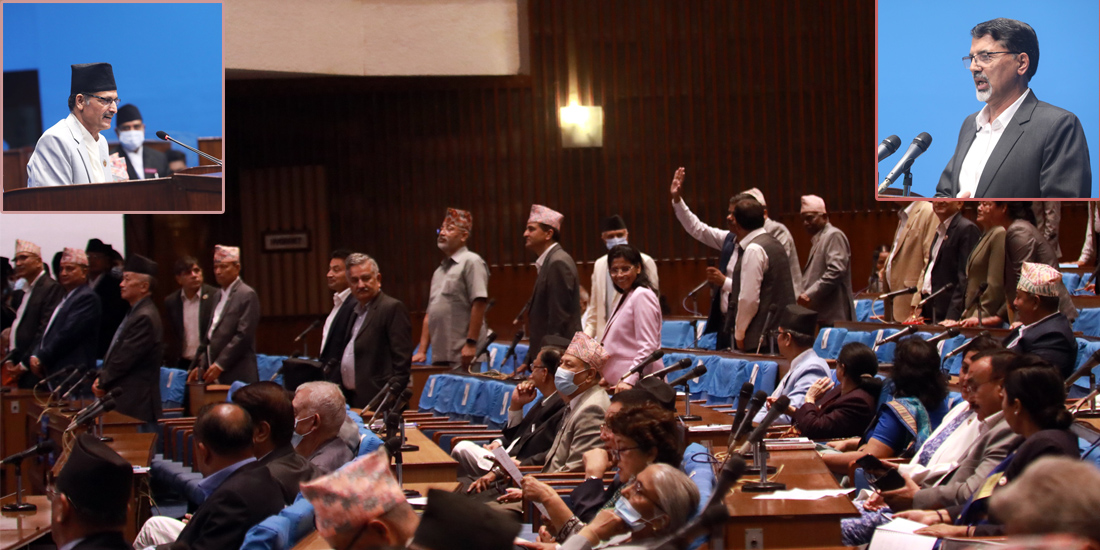 KATHMANDU: The Parliament endorsed the Appropriation Bill 2079 on Thursday.

A meeting of the House of Representatives held this morning endorsed the Bill.

The UML lawmakers stood from their seats as a gesture of protest while the Finance Minister was responding to the queries on the budget.

Minister Sharma had responded to the questions ignoring the obstruction of the UML lawmakers.

Soon after the minister’s reply, UML Chief Whip Bishal Bhattarai announced to boycott the Parliament saying that their protest had been ignored.

Speaker Agni Prasad Sapkota said that the majority has passed the Appropriation Bill presented by the minister in the meeting.