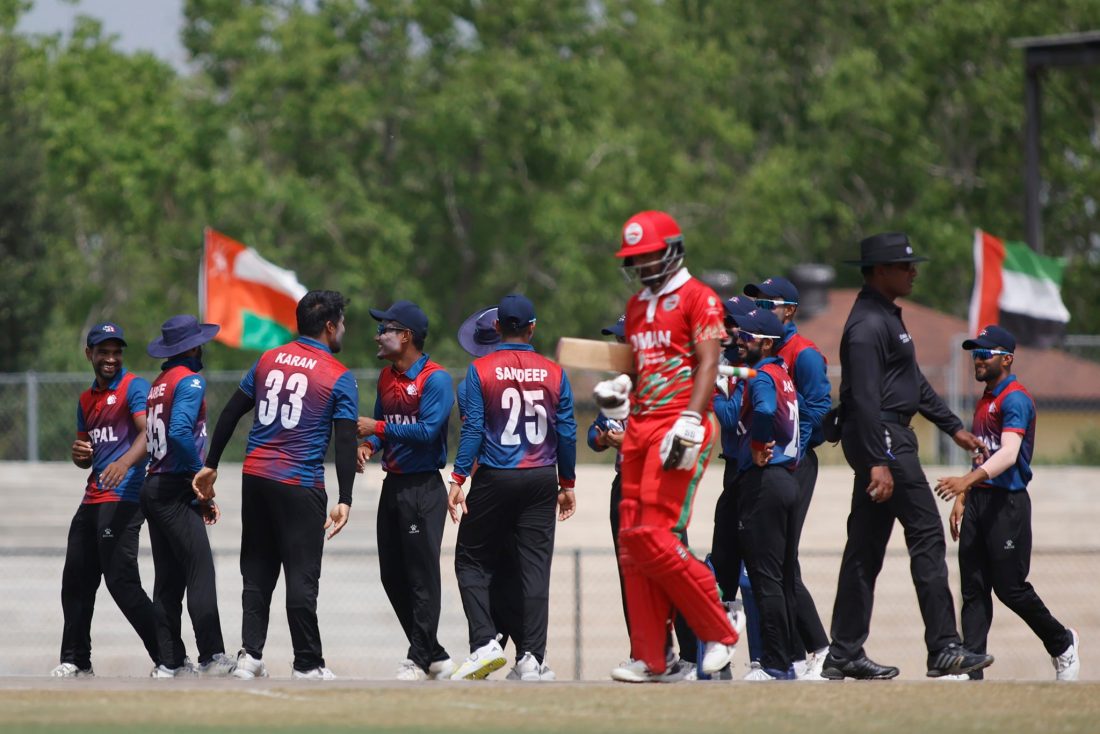 The match was held at Moosa Stadium in Houston, Texas in the United States of America.

After winning the toss and choosing to bat first Oman made 163 runs losing all its wickets in 46.5 overs.

Opener batsman Kushal Bhurtel and Asif Sheikh partnered for a century for Nepal.

Bhurtel made 56 runs off 75 balls hitting five fours while Sheikh contributed 62 runs off 86 balls with one six and seven fours for Nepal.

Vice-captain Rohit Kumar Poudel made 26 runs off 21 balls hitting one six and one four.

With this win, Nepal has climbed to the fifth position in the score table.

Nepal will play against the host team USA in its next match.