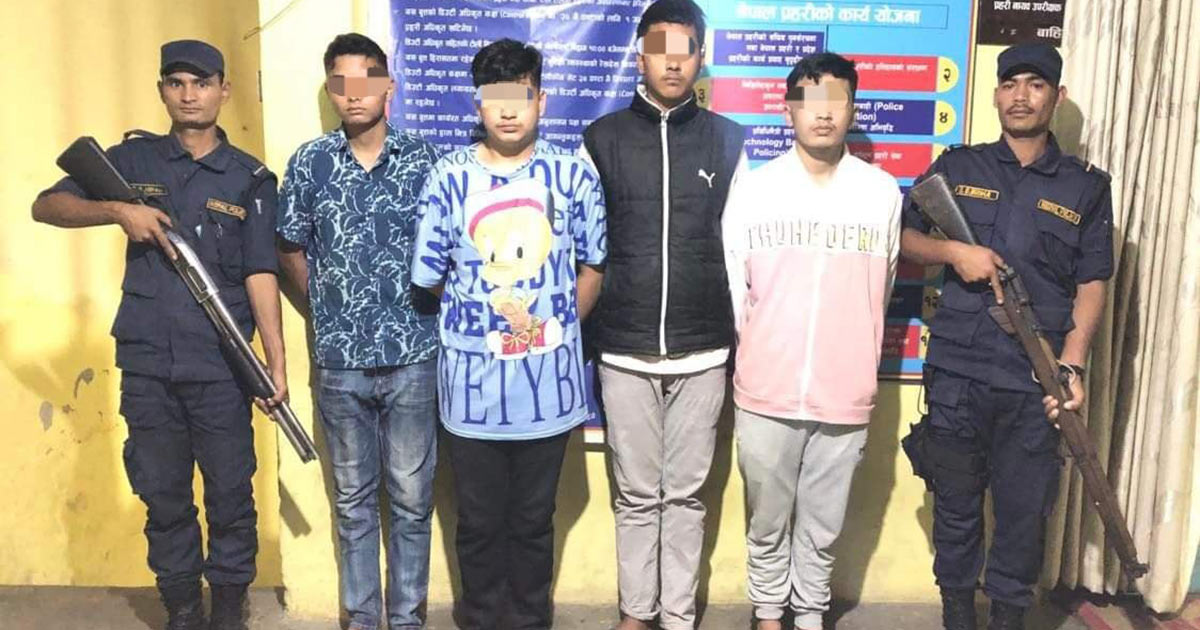 KATHMANDU: Four students have been arrested for attacking a security guard of the Trinity College with a khukuri.

The arrestees have been identified as Josen Baniya (18) of Beni Municipality, Myagdi and currently residing at Baniyatar, Bipin Khatri (18) of Manthali, Ramechhap and presently living at Dillibazaar, Pratik Khatiwada (18) of Manebhangjyang, Okhaldhunga and currently residing at Ghattekulo and Sanjeeb Bhandari (18) of Dhalmal, Kathmandu. They all are 11th graders at Trinity College.

The security guard was injured after they attacked him with the khukuri on Tuesday afternoon.

A team from the Metropolitan Police Sector, Singhadurbar under the command of an inspector was deputed soon after the incident.

The security guard sustained injuries on his face.

Police said that he been discharged after receiving treatment at the Kathmandu Model Hospital. Baniya attacked the security guard with the sharp weapon.