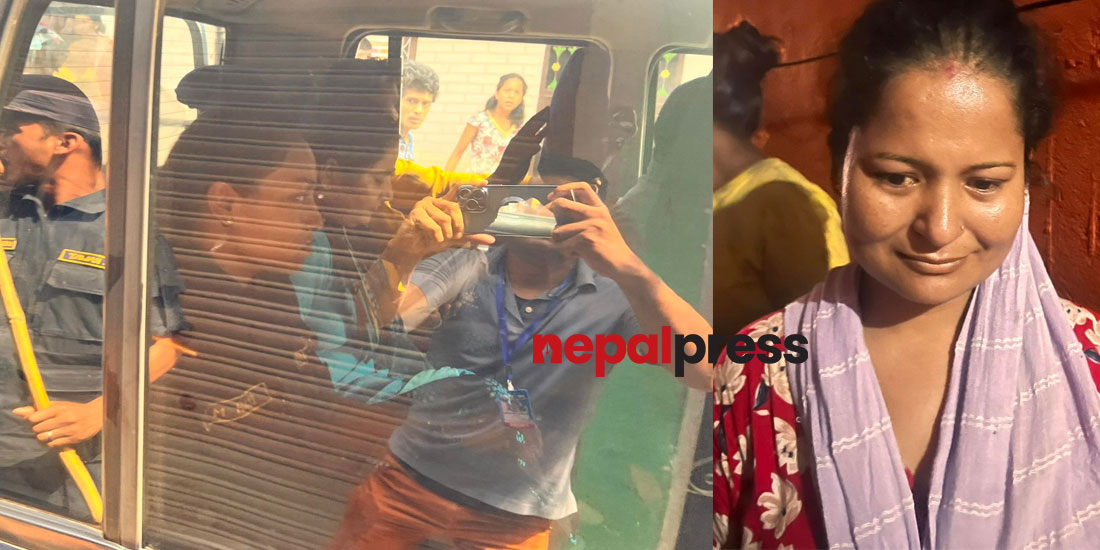 Police took the minister under control and sent to the District Administration Office for creating disturbance and assaulting her boyfriend’s wife and daughter.

Minister Oli had reached her boyfriend Ekraj’s house at Buspark Alumandi in Tulsipur-5 with her personal security officer (PSO) this morning.

According to eyewitnesses, she entered the house and started beating her boyfriend’s wife and daughter asking where is my Ekraj?

She also vandalised a cupboard inside the room.

Ekraj was not in the house when the incident occurred. His relatives had informed the police.

A team deployed from the Area Police Office, Tulsipur reached the incident site and took Oli under control.

Last year, she had posted a photo of kissing Ekraj on Facebook.

When the news along with the photo was published on NepalPress, Oli and Ekraj had claimed that it was photoshopped. On top of that, Minister Oli had said that Ekraj is her brother in relation.

Oli’s husband had died in an accident a few years ago.