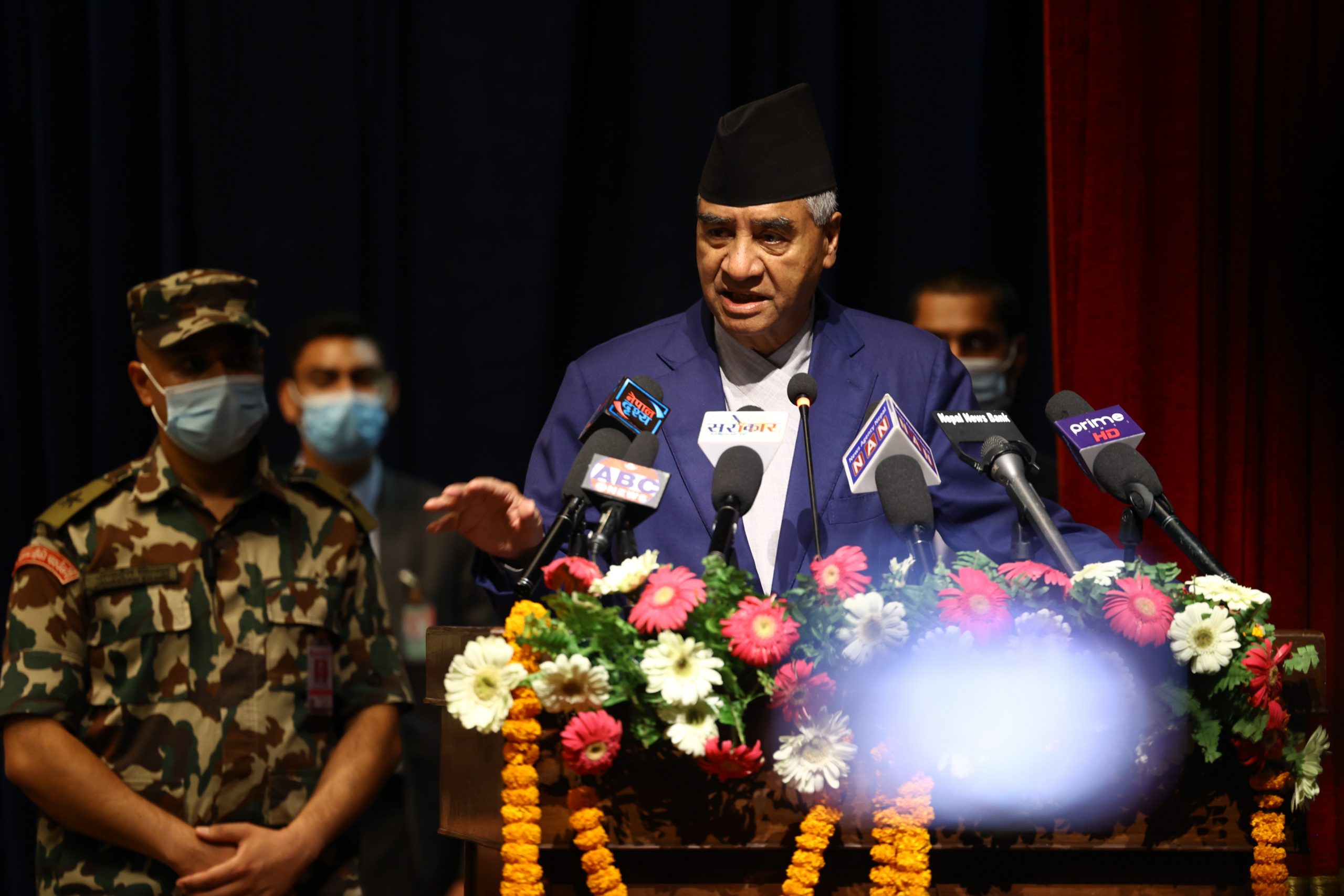 KATHMANDU: Prime Minister and Nepali Congress (NC) President Sher Bahadur Deuba has reaffirmed the government’s commitment to implement the rights of the workers.

Inaugurating the national conference of Nepal Trade Union Congress (NTUC) in Kathmandu on Sunday, PM Deuba reiterated that his government would leave no stone unturned for full enforcement of the contribution-based Social Security Act.

The private, formal and those involved in foreign employment would be included in social security, Deuba said, clarifying that the government was not led by his party Nepali Congress alone so it could not take decisions unilaterally.

“Based on the consensus forged in the current coalition government, the government will consider guaranteeing the labourers with all rights,” the executive Head of the Government assured.

Furthermore, the PM cited two recent moves of the incumbent government- increase in salary of the civil employees and social security to senior citizens reaching 68 years had also supported ensuring the rights of the labourers.

Calling for collective efforts to make the labour market activity, he pledged to work towards job creation for labourers hit hard due to the repercussions of the conflict between Russia and Ukraine in the industrial sector.

Similarly, Nepal Trade Union Congress’ President Pushkar Acharya said that the Labour Act was introduced in 2074 BS during the leadership of Deuba and demanded its full implementation as he is in the same role now.

It may be noted that it is for the 5th time that Deuba has been serving as the Head of the Government.

“We would like to urge PM Deuba to deliver in terms of implementation of the Act,” he said. He demanded the establishment of the Labour Court in all seven provinces and to end the situation for the labourers having to come to the federal capital for minor works.

Likewise, senior vice-president Mahendra Prasad Yadav lamented that it was a matter of sorrow that Labour Commission mentioned in the Interim Constitution-2063 BS was removed from the Constitution promulgated through the Constituent Assembly in 2072 BS. He appealed to the Nepali Congress to incorporate the issues relating to the labourers in its statute.

The NTUC was established in 2033 BS. The union was led by former Prime Minister and NC President late Girija Prasad Koirala and had labourers working in a jute mill in Biratnagar.

Over 2,000 representatives from all 77 districts are participating in the two-day conference. The gathering will endorse NTUC’s policies and programmes for the upcoming fiscal year 2022/23. RSS