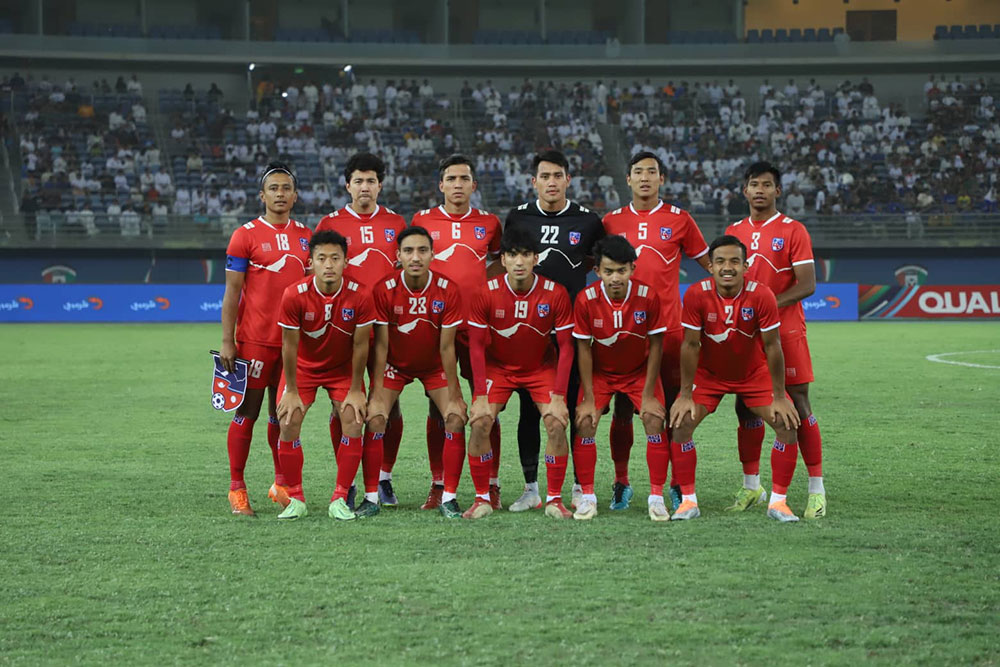 KATHMANDU: Nepal faced a 4-1 defeat at the hands of Kuwait in the third round Group A match of the AFC Asian Cup 2023 qualifiers played at the Jabir Al Ahmed Stadium in Kuwait on Saturday night.

Yousef Al Suleiman scored twice in the victory over Nepal while Fahad Alresidi and Mubarak Alfanini scored once each.

Darshan Gurung scored a goal in the game’s last minutes on behalf of Nepal.

Earlier, Nepal had lost 0-2 to Jordan in the first match.

Nepal faced consecutive two losses since the start of the qualifiers.

Nepal is facing Indonesia in its last match on June 14.