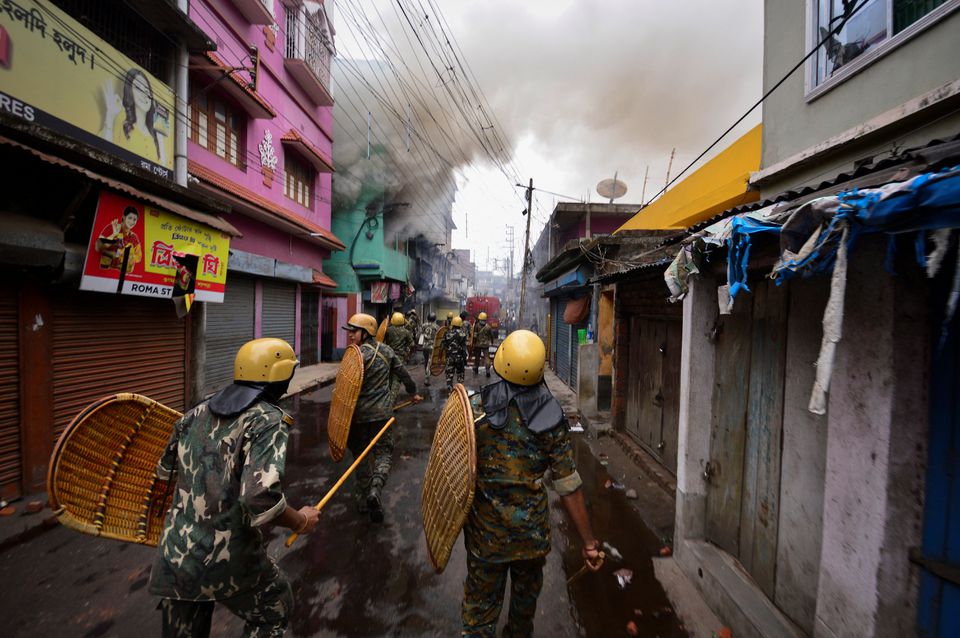 Police in India’s Kashmir arrested a youth for posting a video threatening to behead a former spokesperson of India’s ruling party who had made derogatory remarks about Islam’s religious leader Prophet Mohammad, officials said on Sunday, Reuters reported.

The video, circulated on YouTube, has been withdrawn by authorities as part of a wider attempt to curb religious unrest that has spread across the country.

Muslims have taken to the streets to protest against anti-Islamic comments made by two members of Prime Minister Narendra Modi’s Hindu nationalist Bharatiya Janata Party (BJP) in recent week.

Earlier this month, the BJP suspended its spokeswoman Nupur Sharma and expelled another leader, Naveen Kumar Jindal, for their controversial comments about the Prophet’s private life that also angered several Muslim countries, causing a massive diplomatic challenge for the Modi government.

Police cases have been filed against the two former BJP officials.

On Sunday, Jindal said on Twitter that his family faced continuous threats, and some of his followers tweeted that a crude bomb was defused near his residence in capital New Delhi.

The outrage against the comments made by Sharma and Jindal has trended on Twitter, with Muslim groups demanding arrest of the two, while some hardline Hindu groups label the two officials as brave and nationalist politicians.

Countries such as Qatar, Saudi Arabia, the UAE, Oman, Iran which are key trade partners for India, lodged protests through diplomatic channels and used social media to demand an apology from the government.

India’s foreign ministry said last week the tweets and comments do not reflect the views of the government.

Clashes over the remarks simmered across the country, as some in the minority Muslim community see them as the latest instance of pressure and humiliation under BJP rule on issues ranging from freedom of worship to the wearing of hijab head scarves.

Two teenagers were killed when protesters clashed with police in the eastern city of Ranchi last week.

In the eastern state of West Bengal, authorities enforced an emergency law prohibiting public gatherings in the industrial district of Howrah until June 16. At least 70 people were arrested on charges of rioting and disturbing public order, with Internet services suspended for over 48 hours after the latest communal violence.

Bangladesh, whose constitution designates Islam as the state religion, also upholds the principle of secularism. Hindus make up about 10% of the country’s population.

BJP leaders have issued instructions to several senior members to be “extremely cautious” when talking about religion on public platforms and the government continues to tighten public security.