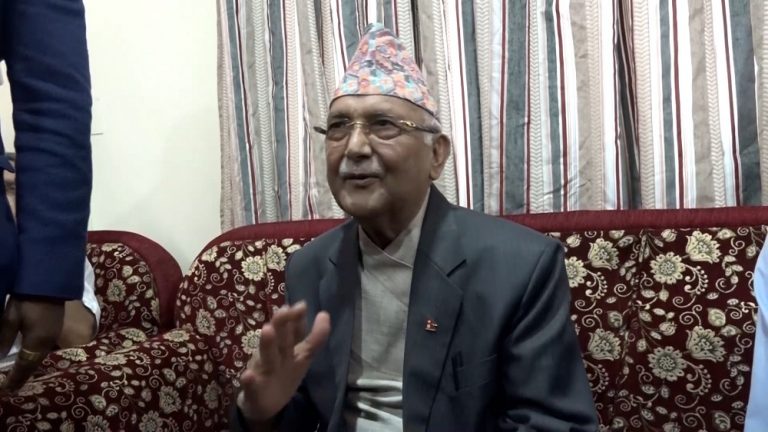 BIRATNAGAR: CPN-UML Chairman KP Sharma has clarified that there is no possibility of a left alliance in the current situation.

Talking to journalists at the Biratnagar Airport on Friday, the former Prime Minister said that the party has started preparations to contest the upcoming elections alone.

He said that the parties in the government are not the left parties.

Though the UML was the second party in terms of seats in the local level elections, he claimed that the party was the first on the basis of popular votes.

He further claimed that the UML will win the upcoming elections with majority votes.