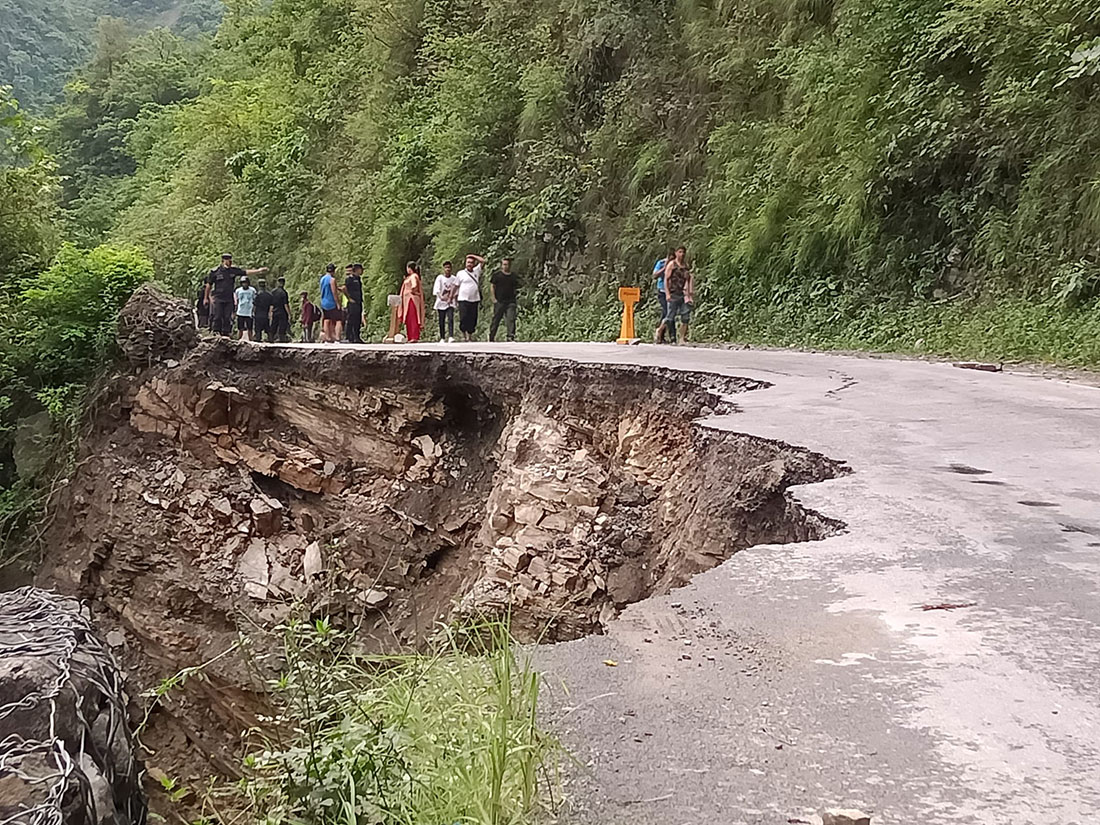 TANAHUN: Vehicular movement along the Prithvi Highway has been disrupted after the road near the dam of Abukhaireni Rural Municipality -5  in Tanahun caved in following heavy rain on Thursday night.

Two persons were found dead on the bank of the Marsyangdi river where the road was caved in, police said.

Police identified one of the deceased as Keshav Ghimire of Siranchowk Rural Municipality, Gorkha. The identity of the other is yet to be established.

Sub-Inspector (SI) Gokarna Nepal of District Traffic Police Office, Tanahun, said that a team that came from Pokhara and Chitwan has started a search in the river as some parts of a car and a motorbike were found in the site. Police said that the death toll could rise.