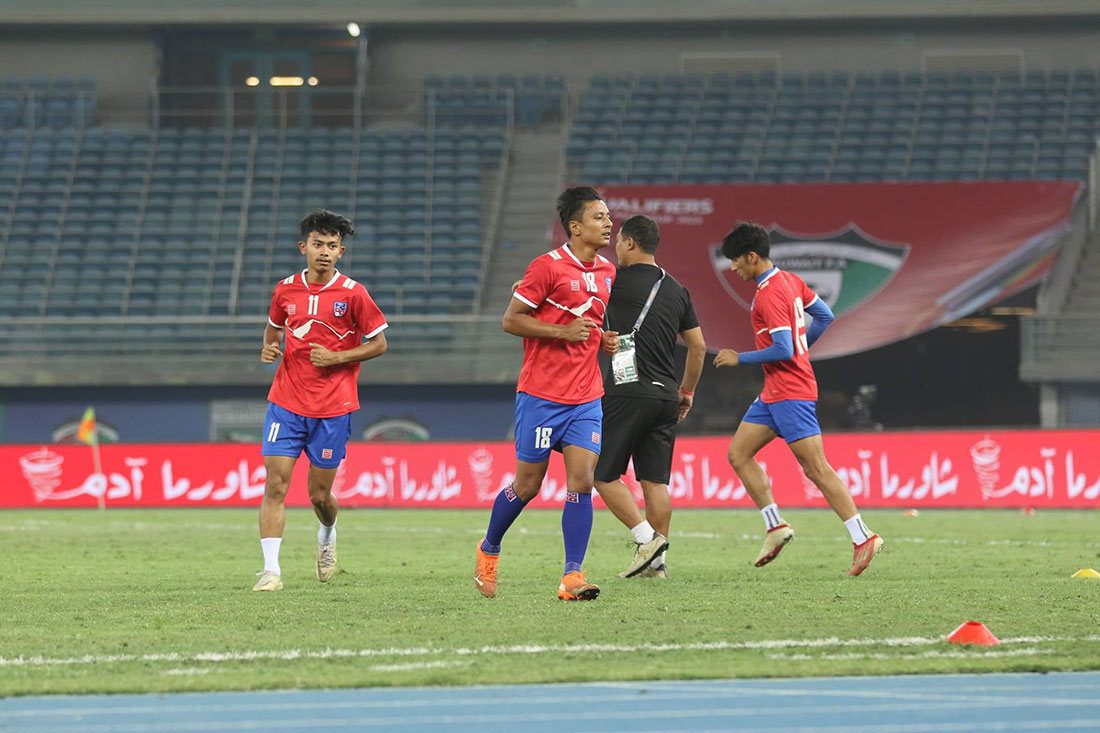 KATHMANDU: Nepal lost 2-0 to Jordan in a Group A match in the third round of AFC Asian Cup Qualifier, 2023.

The match was played at Jaber Al-Ahmad International Stadium in Kuwait on Wednesday.

Nepal and Jordan played a goalless draw in the first half of the match.

Later,  Jordan netted two goals in the second half to secure a win.

Jordan strikers scored goals in the 69th and 82nd minutes of the match.

Nepal is playing against Kuwait on coming Saturday.