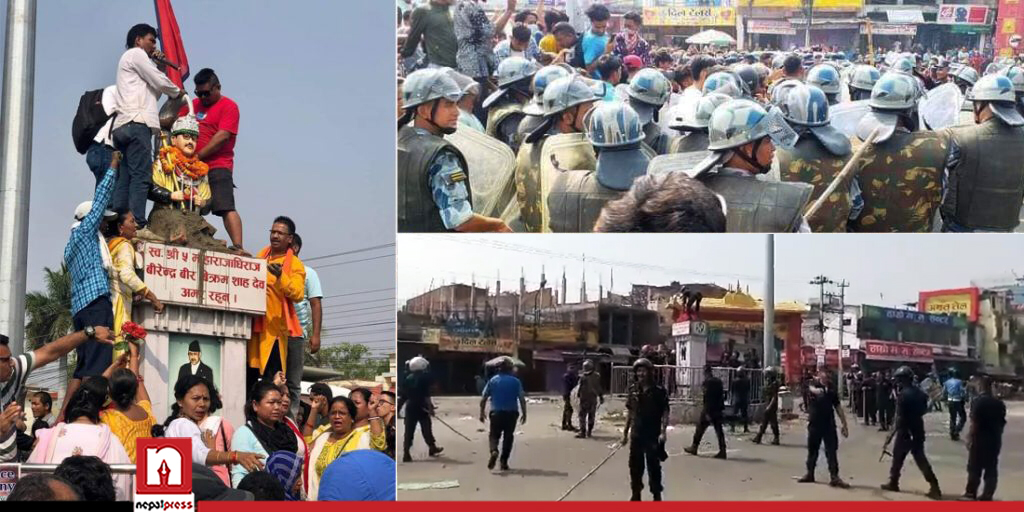 BANKE: Tension ran high in Birendrachok of Dhamboji, Nepalgunj following to a dispute over installing the statue of late King Birendra Shah.

A clash ensued after the administration intervened in an attempt to place the statue of late King Birendra Shah.

Police also fired into the air to contain the situation.

Police removed the statue by using the force over the people who took to the streets to stage the demonstration.

The statue of late King Birendra was demolished during the second people’s movement.

Around a dozen protesters were injured in the clash as the police employed force to stop them from installing the statue.

A large number of security personnel have been deployed in the area following the clash.