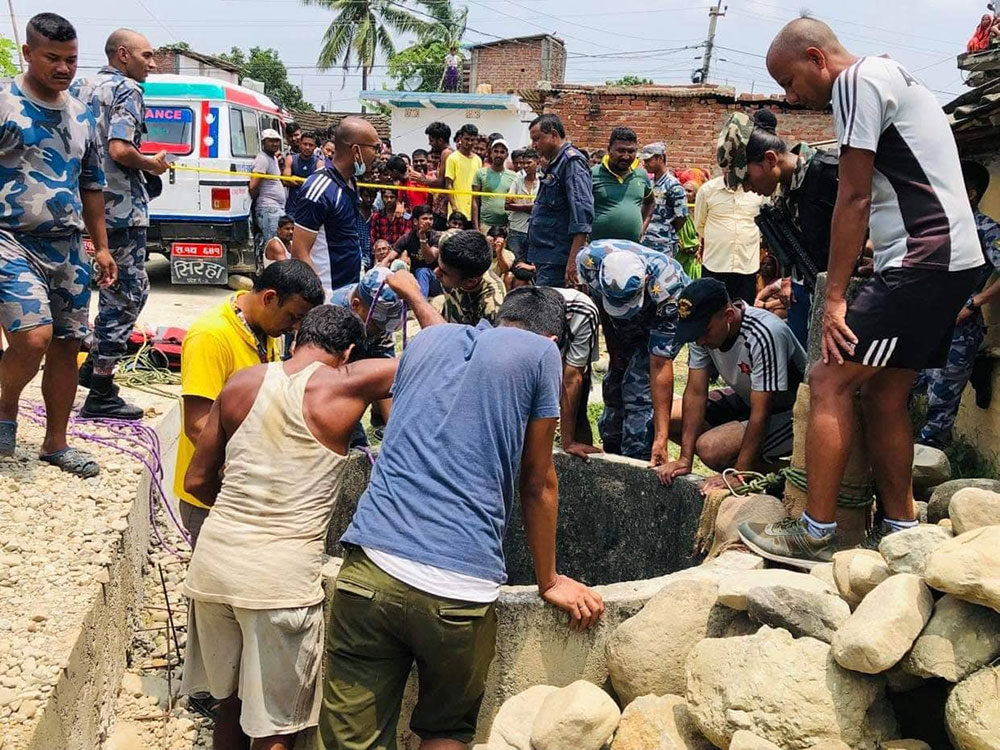 KATHMANDU: A man was found dead at Tudkiya of Golbazar Municipality-2 in Siraha on Thursday.

The deceased has been identified as Bishnu Dev shah of the same locality.

Police said that the Shah’s body was found inside a well along with his bicycle today.

It has been learnt that Dev had gone to market on Tuesday on the bicycle to buy medicine for his wife.

Preparations are being made to take the body to the hospital for post-mortem, DSP Suvash Budhathoki, Spokesperson at the District Police Office, Siraha, said.

DSP Budhathoki said that the incident looks suspicious and police are further investigating the case.

Shah had returned from foreign employment just a month ago.