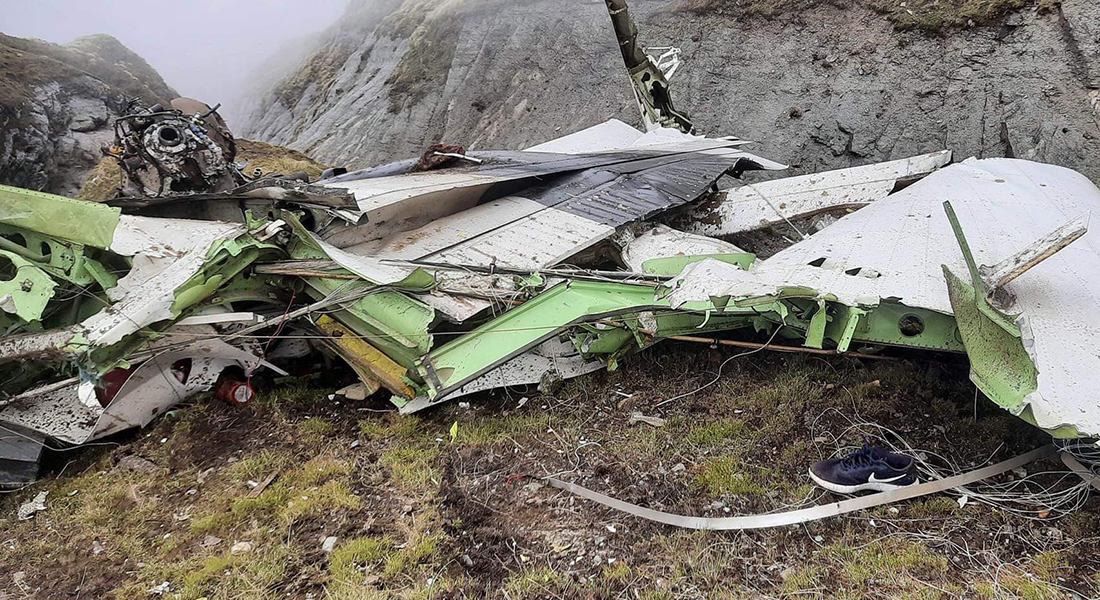 BENI: The black box of Tara Air plane has been recovered on Tuesday.

The Tara aircraft with call sign 9N-AET, which had been missing since Sunday, was found crashed at Sanosware in Mustang on Monday morning.

A total of 22 people including 19 passengers were on board the ill-fated plane when the incident occurred.

The plane had taken off from Pokhara to Jomson at 9: 55 am on Sunday. It had lost contact with air control after around 12 minutes after it take off from the Pokhara International Airport.

The bodies of all the people who lost their lives in the incident along with the black box have been recovered from the crashed site, Netra Prasad Sharma, Chief District Officer (CDO) of Mustang, said.

He said that the bodies of 10 people have been sent to Kathmandu on Monday while the rest have been taken to Kobang from the incident site.