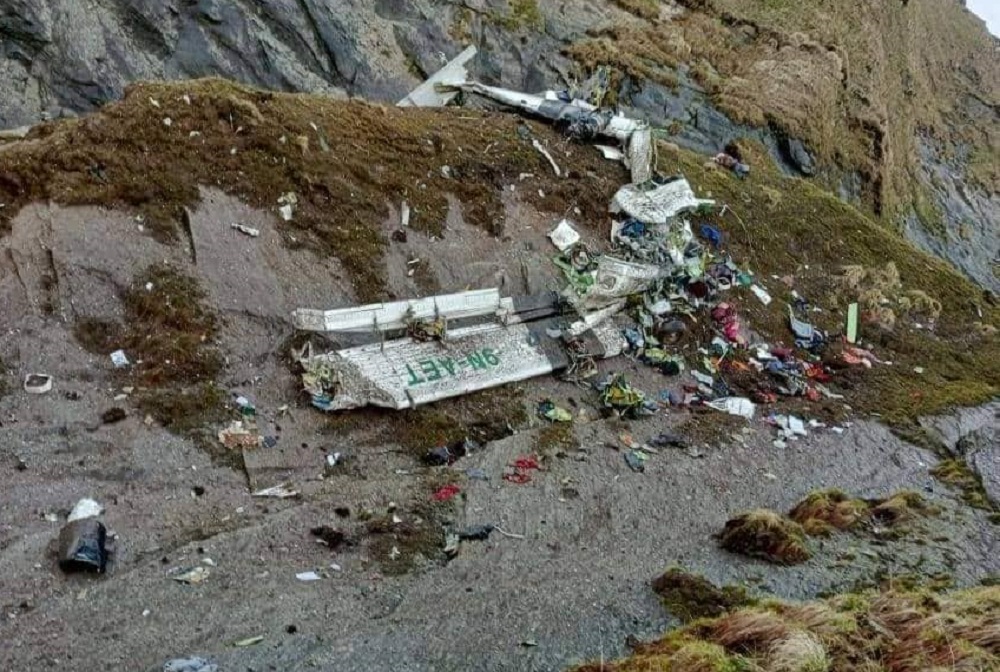 KAILALI : The bodies of 16 persons have been found at the site at Sansure, Thasang rural municipality-2 of Mustang district where a Tara Air plane crashed on Sunday.

Chief District Officer Netra Prasad Sharma of Mustang said that the search for the remaining bodies is ongoing.

The plane with call sign 9N-AET, which went missing on Sunday,  was found crashed at the foot of Manapathi Mountain on Monday morning.

A team of nine persons, who had gone to pluck Yarsagumba, and a team of local youths had found the aircraft today.

A team of Nepal Army and Nepal Police, who reached the incident site, are collecting bodies and searching for the others.

As many as 19 passengers were on board the plane.