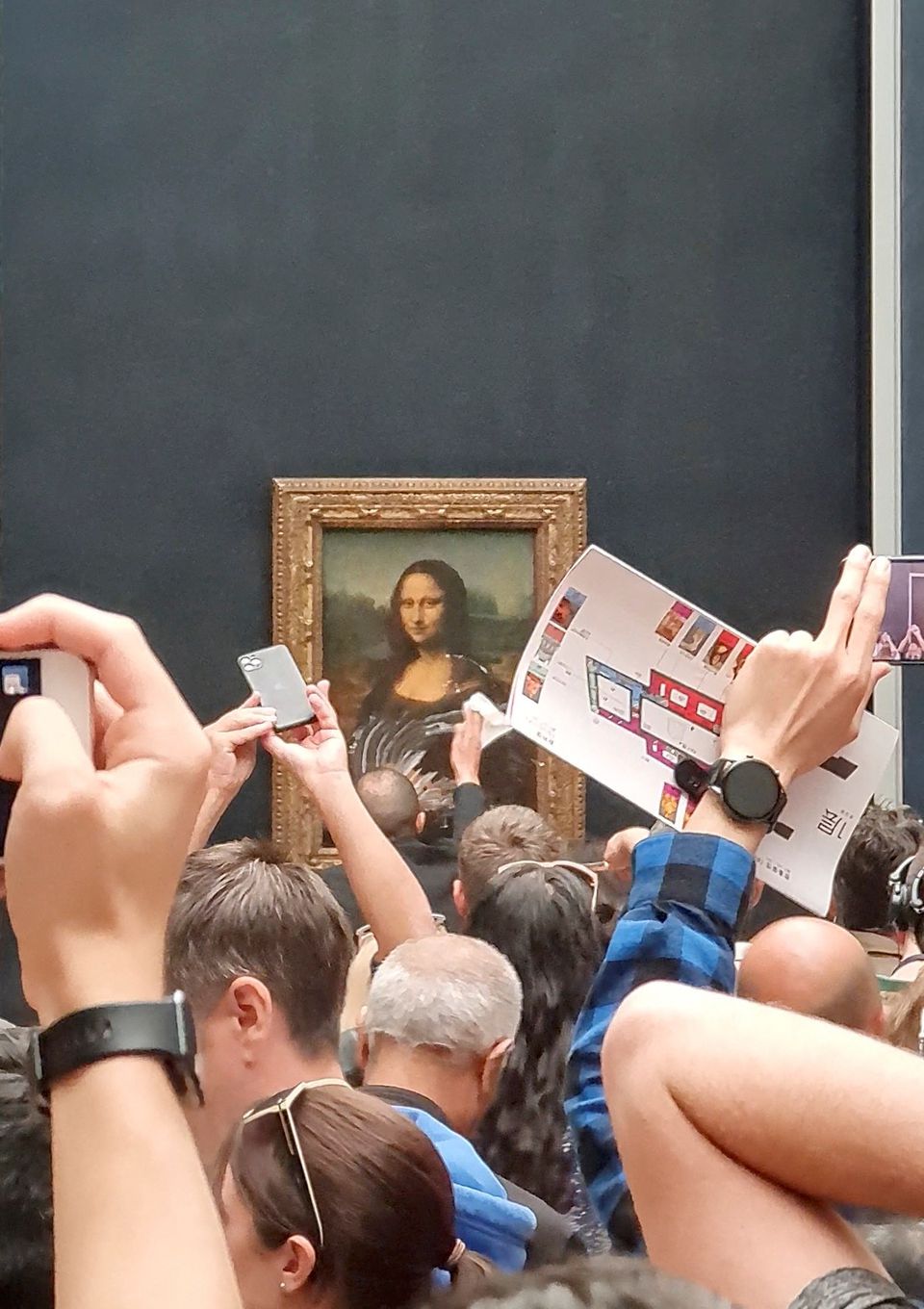 The Mona Lisa was left shaken but unharmed on Sunday when a visitor to the Louvre tried to smash the glass protecting the world’s most famous painting before smearing cream across its surface in an apparent climate-related publicity stunt, Reuters reported.

The perpetrator was a man disguised as an old lady who jumped out of a wheelchair before attacking the glass.

“Maybe this is just nuts to me…,” posted the author of a video of the incident’s aftermath that shows a Louvre staffer cleaning the glass. “(He) then proceeds to smear cake on the glass, and throws roses everywhere before being tackled by security.”

Another video posted on social media showed the same staffer finishing cleaning the pane while another attendant removes a wheelchair from in front of the Da Vinci masterpiece.

“Think of the earth, people are destroying the earth”, the man, dressed in a wig, said in French in another video posting that showed him being led away from the Paris gallery with the wheelchair, indicating that the incident likely had an environmentalist motive.