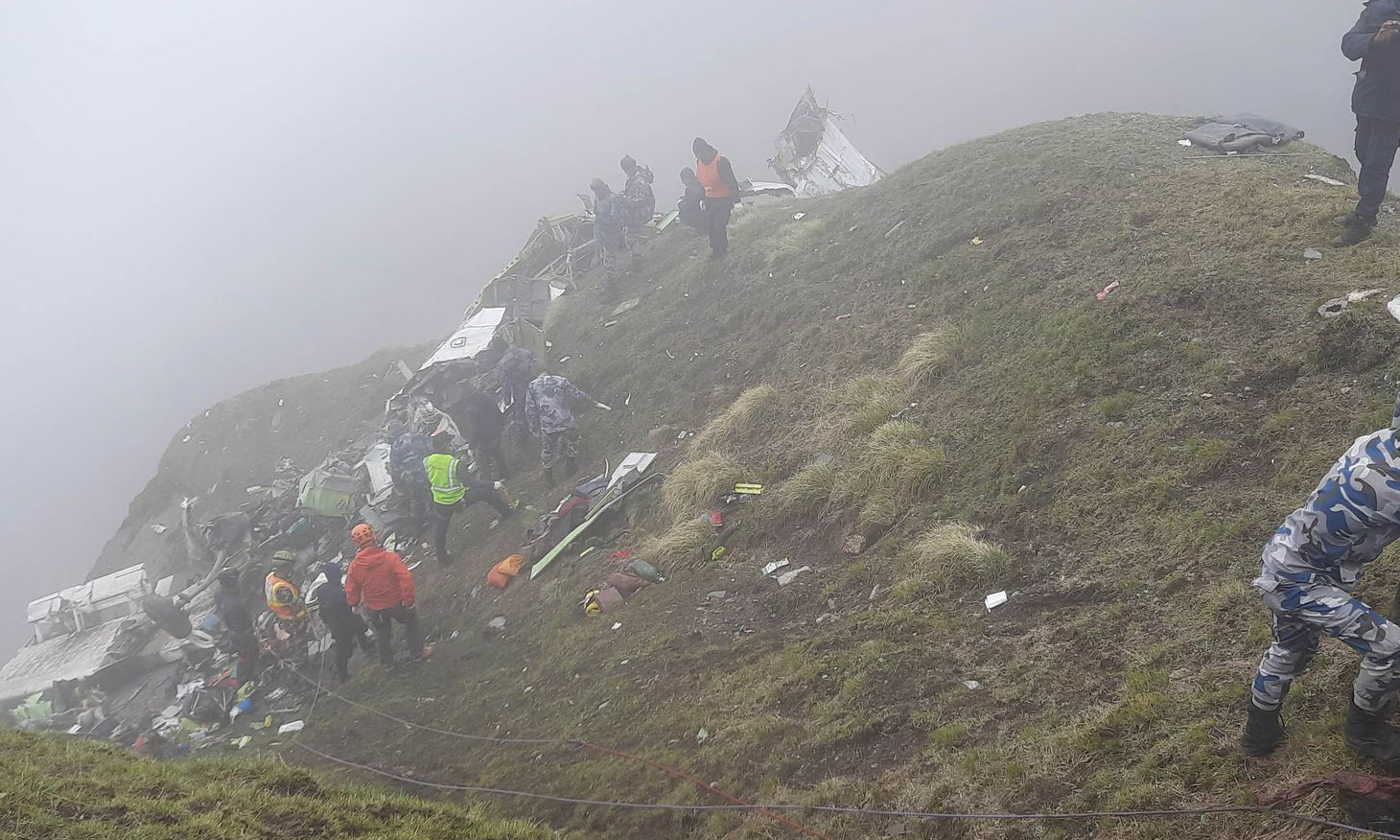 KATHMANDU: The government on Monday formed a five-member commission to investigate the Tara Air plane crash.

The Ministry of Culture, Tourism and Civil Aviation on Monday formed the commission under the headship of senior Aeronautical Engineer Ratish Chandra Lal Suman.

Twin Otter aircraft of Tara Air, which took off for Jomsom from Pokhara on Sunday, was found crashed at Sanosware in Mustang district on Monday.

There were 22 people including three crew members on board the ill-fated aircraft.

Of the deceased, the bodies of 20 persons have been found so far.

Security personnel are searching for the bodies of remaining two persons.