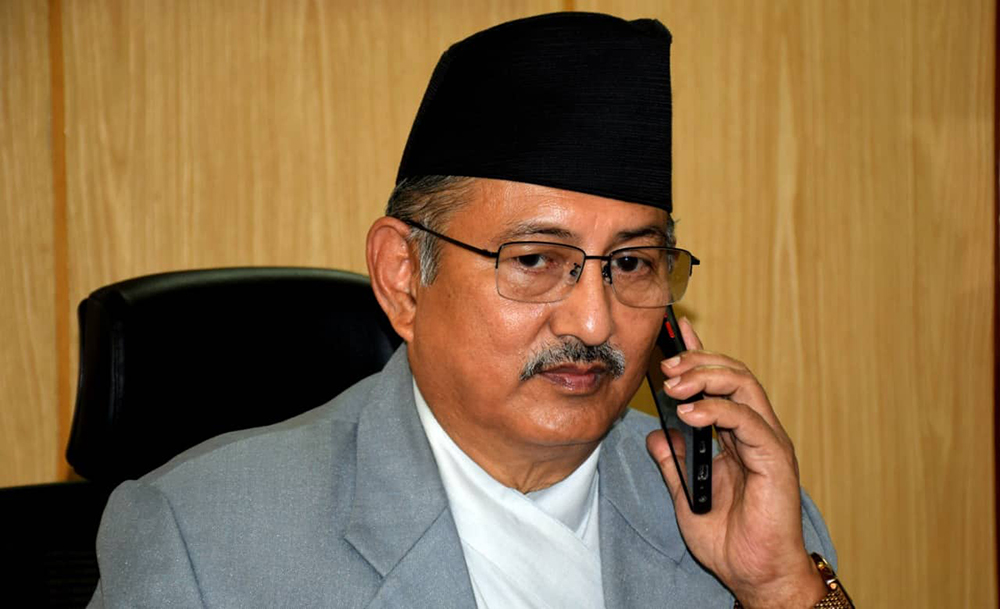 KATHMANDU: Home Minister Bal Krishna Khand has instructed for leaving no stone unturned to find out the status of a Tara Air plane that had lost contact while it was en route to Jomsom, Mustang from Pokhara of Kaski late this morning.

The plane that took off from Pokhara at 9: 55 am for Jomsom was in contact with the traffic controller and it was flying above Lete of Mustang when it had its last contact with the aviation system and team, said the Kaski CDO.

According to the aviation technical force, the aircraft was last tracked taking a turn toward the Dhaulagiri Peak.
Mustang CDO Sharma said the following the instruction from the Home Minister, security officials of five districts adjoining the Dhaulagiri Peak have been urged to stay alert.

As he said, a helicopter of Fishtail Air has already flown towards Mustang to search for the aircraft.
Similarly until the filing of this report, preparations are going on to send a Nepal Army helicopter from Kathmandu to Mustang for the search operation.

It is said that 22 people: 13 Nepalis, four Indians and two Germans and three crew members are onboard the plane. RSS