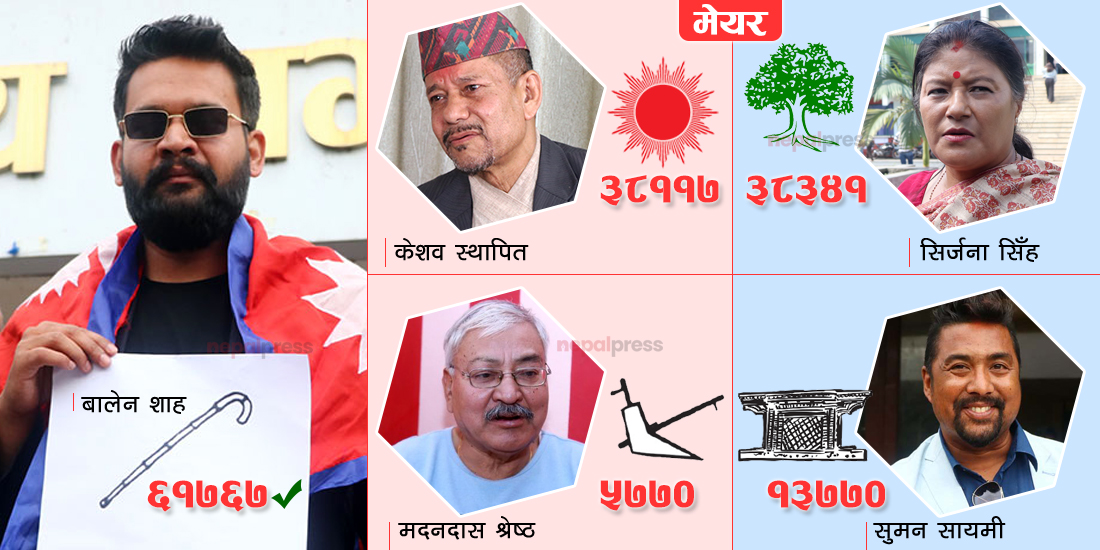 KATHMANDU: Rapper and structural engineer Balen Shah has been elected as the mayor of Kathmandu Metropolitan City.

He was emerged victorious by a wide margin of 23, 426 votes.

Shah, an independent candidate, defeated the candidates of Nepali Congress and CPN-UML to become the new mayor of Kathmandu Metropolitan City.

This is the first time that an independent candidate has become the mayor of Kathmandu after 1989.

According to the Election Commission, Shah secured 61, 767 votes. Srijana Singh of Nepali Congress, who was in the second place, garnered 38, 341 votes.

Shah, who was elected to the post of mayor, is the permanent resident of Kathmandu-9. He lives in Gairigaun of Tinkune.

Similarly, Sunita Dangol of CPN-UML has been elected as the deputy mayor.