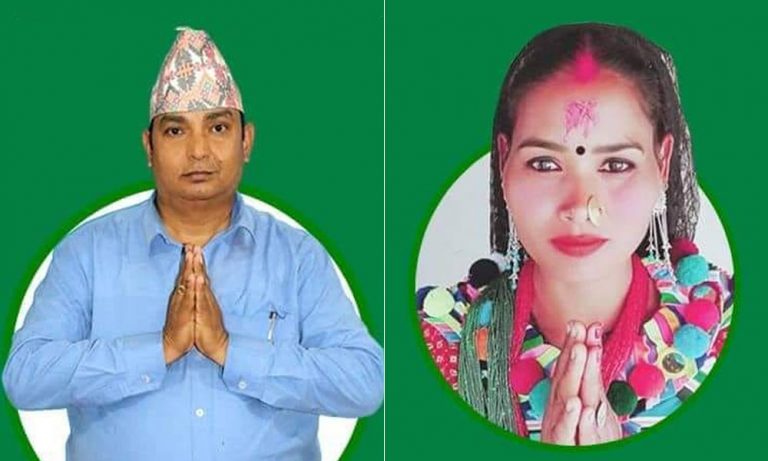 MAHENDRANAGAR: Nepali Congress has won both mayor and deputy mayor posts in Krishnapur Municipality of Kanchanpur.

Hem Raj Ojha has been as the Mayor with 10, 434 votes. His closest contender Jog Raj Chaudhary of CPN (Maoist Centre) got 8, 200 votes.

Similarly, Draupati Rana has been elected as the deputy mayor.