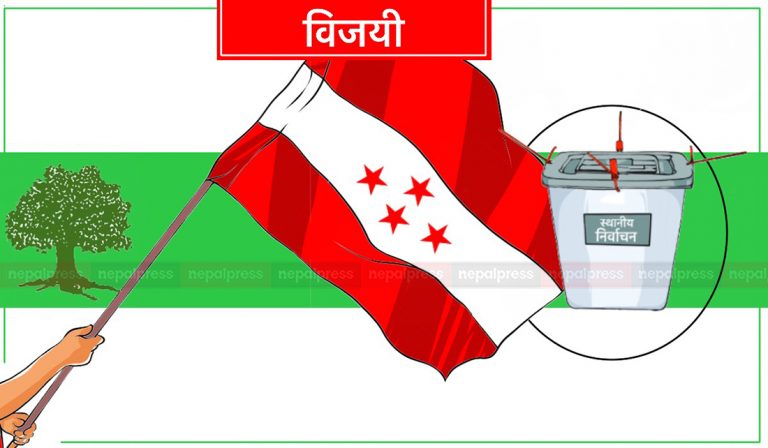 Thapa was elected for the second term, defeating Shiva Aryal of CPN-UML with 373 votes.

Bal Kumari Thapa has been elected as the deputy mayor.

She defeated Durga Devi Rana of UML with 57 votes.