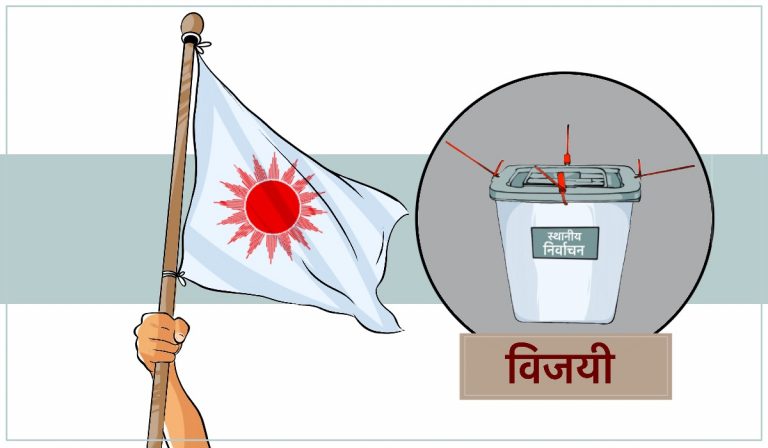 KATHMANDU: The CPN-UML has emerged victorious to the key posts in Saipal Rural Municipality, Bajhang.

According to the latest results, Man Bahadur Bohara of the CPN-UML has been elected as the chairperson of Saipal Rural Municipality with 675 votes while his closest contender Ujjwal Bohara of Nepali Congress got 613 votes.

Similarly, Dolma Tamang has been elected as the vice-chairperson with 675 votes while Batu Bohara of Nepali Congress secured 619 votes.