Vote counting to start from today evening itself 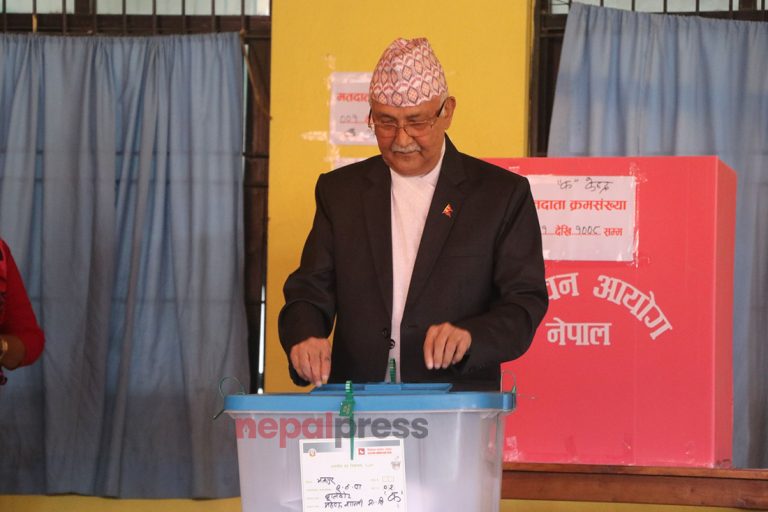 KATHMANDU: The vote counting under the local level elections will be started from today evening itself after the voting is over.

Although it was stated that the voting will conclude at 5pm, it will be continued beyond that time as all the voters who enter the polling stations by 5pm will be allowed to cast their ballots.

Election Commission spokesperson Shaligram Sharma Poudel said that the vote counting will be started immediately after holding an all-party discussion after the ballot boxes are transported to the Office of the Election Officer in a secured way under the witness of the parties and the candidates by preparing the required papers once the voting is over.

According to him, the voter turnout was 41 percent as of 2pm based on the preliminary information.

The voting is taking place peacefully and in an enthusiastic manner at 21,955 polling centres at all the 753 local units except one in Kapilbastu district.

Voting has been obstructed at some polling stations in Dolakha, Sarlahi, Saptari, Ramechhap, Parbat, Humla and Bajura due to minor dispute, EC spokesperson Shaligram Sharma Poudel said. He said efforts are on to start the voting soon at the polling stations where it could not take place. RSS