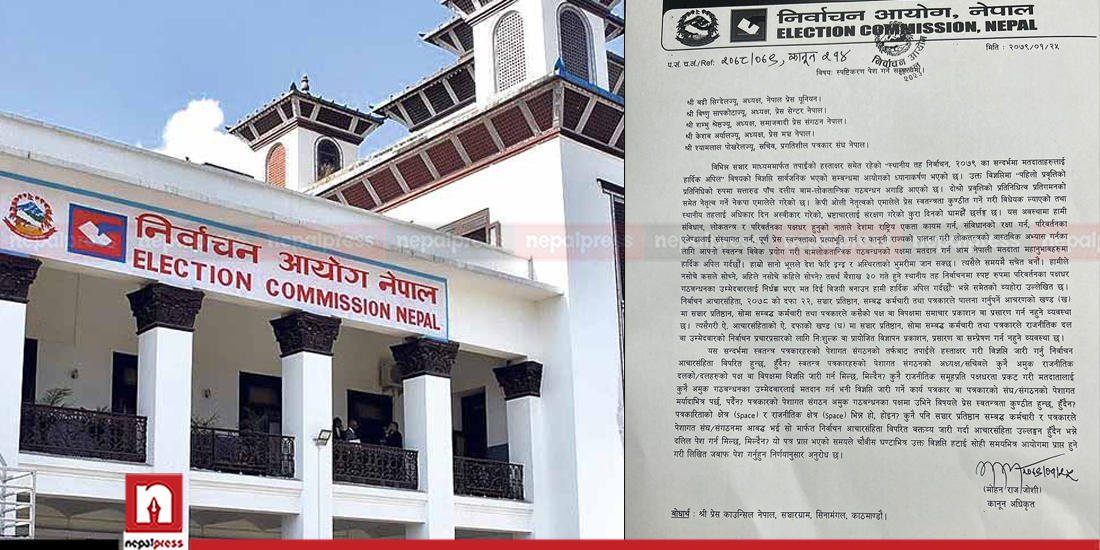 KATHMANDU: Citing an issue of appeal to the voters regarding the upcoming local level election, the Election Commission has sought clarification from five journalists for violating the election code of conduct.

The journalists have been asked to submit their responses within 24 hours.

The EC stated that an appeal to the voters made by the five journalists asking to vote for the candidates of the five-party left-democratic alliance was against the Election Code of Conduct, 2021.

Clause 22 of the Election Code of Conduct, 2021 has stated that journalists and employees working in media houses should not publish and broadcast news in favour of and against any candidate. RSS