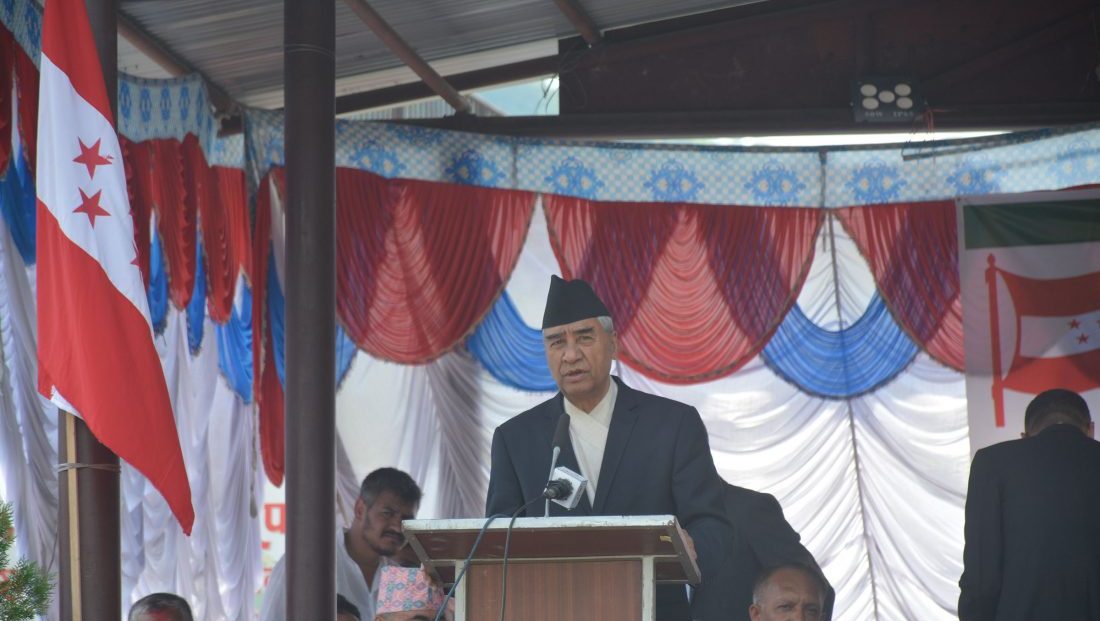 DAMAULI: Prime Minister and Nepali Congress President Sher Bahadur Deuba has said that all political parties in the coalition are committed to make the electoral alliance successful as it was a national need.

Deuba said so while addressing the election assembly organised by the Nepali Congress, Tanahun, at Damauli today.

He claimed that the five-party alliance formed under NC’s leadership would remain intact till the election of the province and House of Representatives.

Saying conspiracy is being plotted to make the alliance fail, PM Deuba argued that such elements would be defeated.

The NC President mentioned that the NC has only the goal to make the alliance a success. ‘”Most of the people remained doubtful whether or not the local election would take place. Now, there is an atmosphere of election in the country”, he said.

PM Deuba said that KP Sharma led group did not allow the government to function by obstructing parliament. RSS