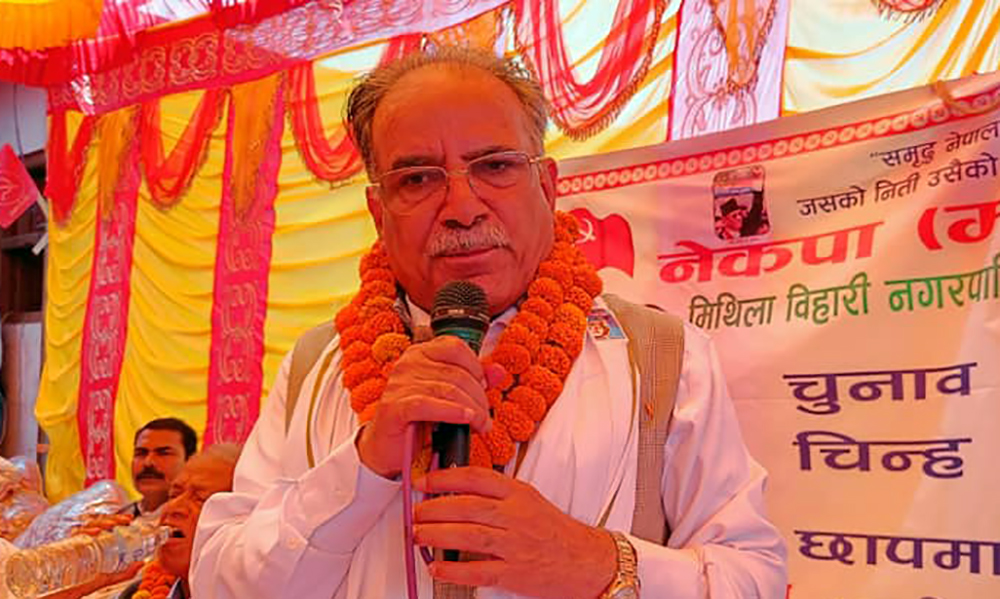 DHANUSHA : CPN (Maoist Centre) chairman Pushpa Kamal Dahal ‘Prachanda’ has said that the citizenship-related problem has not been resolved due to CPN (UML).

Addressing the election assembly organised at Dhalkebar of Mithili Bihari municipality in Dhanusha district, Chair Dahal shared that the citizenship-related problems remained unsolved after the UML obstructed the parliament proceedings.

He opined, “Citizenship-related problem was not resolved due to obduracy on part of the CPN (UML). We will resolve problems soon after resumption of House proceedings. Whether the CPN (UML) agrees or not will not make any sense.”.

Saying it was injustice for not distributing citizenship certificates to the children of the parents having Nepali citizenship cards, Chair Dahal explained that the issue could not be resolved by bringing an ordinance as the court has asked to resolve the problem through discussion in the parliament.

Also, the former Prime Minister mentioned that they would continue to struggle for establishing the rights of the people of the Madhes community, claiming the Madhesi people have been familiar with the CPN (Maoist Centre) as their friend in happiness and sorrow.

He argued, “I had contested the election from Madhes 2070 BS and emerged winner after getting confidence of Madhesi peoples. He also became the prime minister for the second time with their votes. We are entering in to the third election process. So, Madhes should present new record and new example in this election.”

Chair Dahal claimed that no one can bring a radical change in the country except Maoists, calling people not to be misled.  RSS