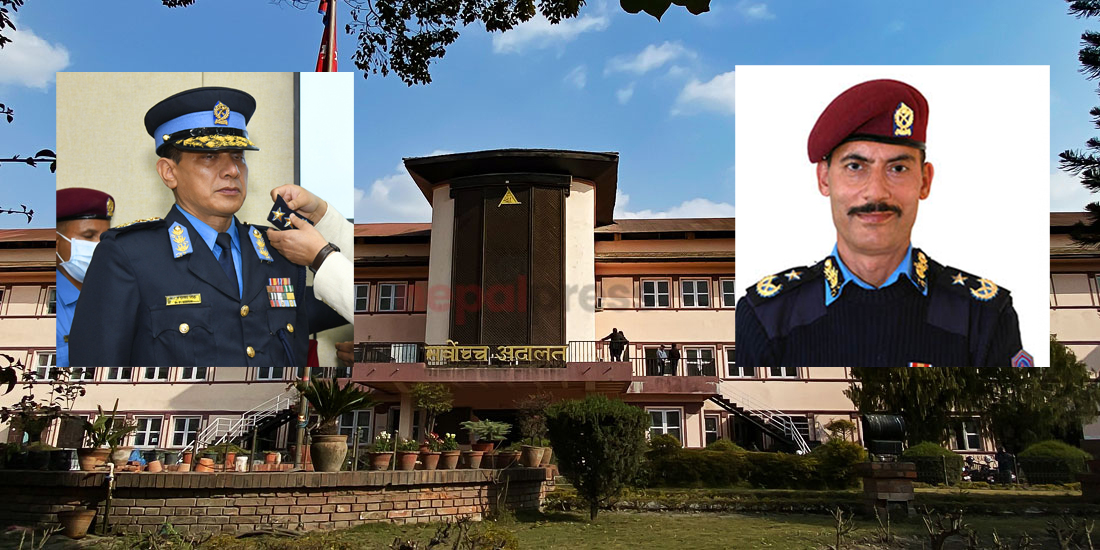 KATHMANDU: The Supreme Court (SC) refused to issue an interim order in the preliminary hearing over a writ petition filed by Additional Inspector General of Nepal Police Bishwo Raj Pokharel against the government’s decision to promote Dhiraj Pratap Singh as Nepal Police chief.

A single bench of Justice Susmalatha Mathema on Thursday refused to issue an interim order demanded by AIG Pokharel. The final hearing of the case has been slated for May 31.

The court has sought a written response on their respective behalf from both parties to the case.

AIG Pokharel had filed a writ petition in the apex court on May 2 challenging the decision of the government to appoint Dhiraj Pratap Singh as the new IG of Nepal Police.

In the petition, Pokharel had demanded to overturn the government’s decision to promote his younger colleague to the coveted post of Nepal Police Organization.

A meeting of the cabinet held on May 1 had decided to promote Singh to the post of Inspector General of Nepal Police.