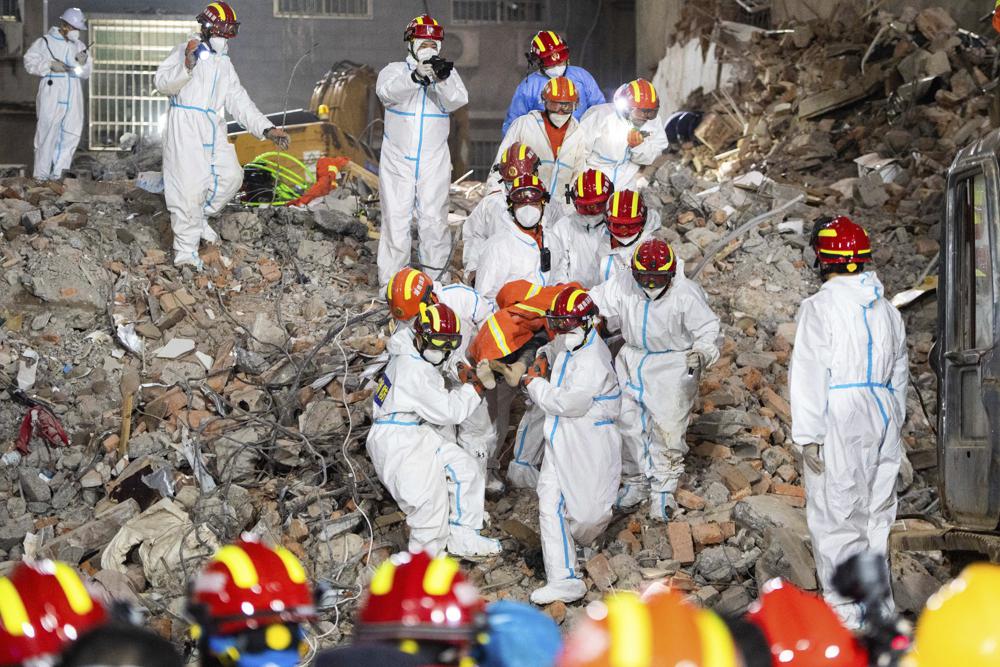 A building collapse one week ago in central China killed 53 people, state media reported Friday as the search of  the large pile of debris ended after rescuers found 10 survivors, Associated Press reported.

Authorities said at a news conference that all the missing had been accounted for as of 3 a.m., state broadcaster CCTV said in an online post.

The residential and commercial building in the city of Changsha suddenly collapsed the afternoon of April 29. Aerial photos showed it pancaked to about the second story between other buildings about six stories tall. At least nine people have been arrested on suspicion of ignoring building codes or committing other violations.

Survivors were pulled out of the rubble over several days. The 10th and last one was pulled out shortly after midnight on Thursday, 5 ½ days after the collapse. All of the survivors were reportedly in good condition after being treated in a hospital.

The arrested include the building owner, three people in charge of design and construction and five others who allegedly gave a false safety assessment for a guest house on the building’s fourth to sixth floors. The building also had residences, a café and a restaurant.

In an account of Monday’s rescue of the eighth survivor, state media said rescuers faced an unstable pile of rubble that they had to work around rather than demolish. Prior to the rescue, they were able to feed in video equipment to communicate with the girl and establish that one of her legs was trapped. They also fed in saline solution for her to drink.

An increase in the number of collapses of self-built buildings in recent years prompted Chinese President Xi Jinping to call for additional checks to uncover structural weaknesses.

Poor adherence to safety standards, including the illegal addition of extra floors and failure to use reinforcing iron bars, is often blamed for such disasters. Decaying infrastructure such as gas pipes has also led to explosions and collapses.