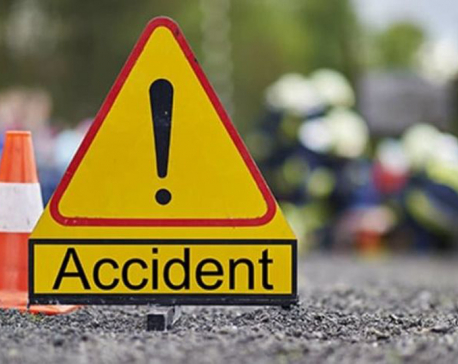 PALPA: A person died on the spot and two others sustained injuries in a road accident at Siddhartha highway of Tinau rural municipality-5 in Palpa on Thursday.

The deceased has been identified as Surya Prasad Shrestha (43) of Rampur municipality-3, Birendra Thapa, Deputy Superintendent of Police at the District Police Office, said.

The incident took place when a jeep (Lu 1 Cha 7780) heading towards Rampur from Butwal fell some 200 meters off the road yesterday.

Police said that the condition of Tuk Narayan is critical while Kem Bahadur’s condition is normal.