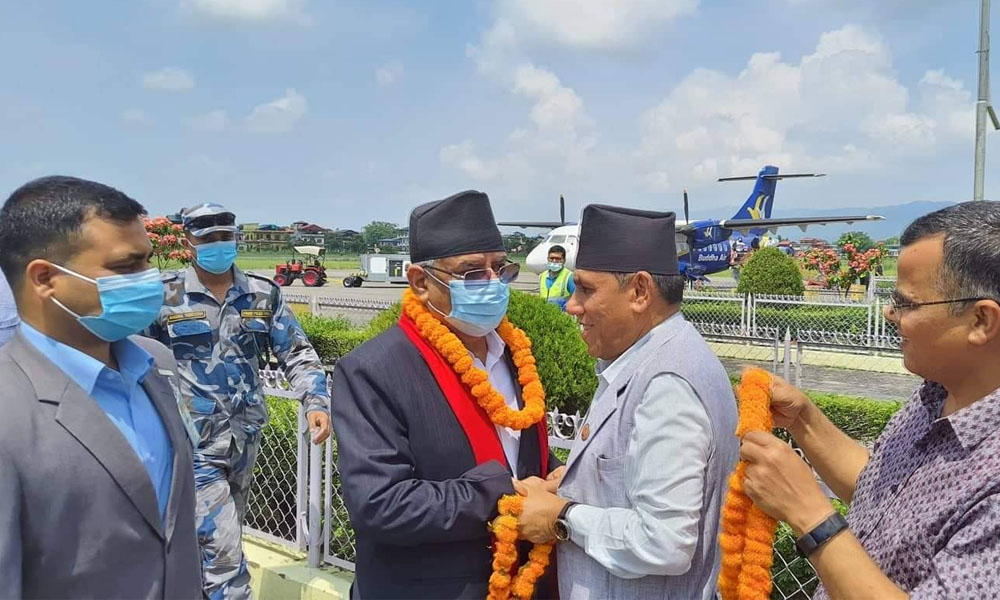 KATHMANDU: CPN (Maoist Center) Chairman Pushpa Kamal Dahal ‘Prachanda’ has said the electoral alliance forged among the ruling parties in view of the upcoming local elections slated for May 13 would secure a win.

Talking to media persons briefly at Bharatpur Airport on Thursday, the former Prime Minister said any eligible citizen was free to file an independent candidacy in the election and the results relied on the people’s choice.

It may be noted that party central member and Dahal’s daughter Renu Dahal is the candidate for a mayor in the Bharatpur metropolis on behalf of the alliance which is organising an election mass meeting here today. Renu will be competing for the post for her second term.