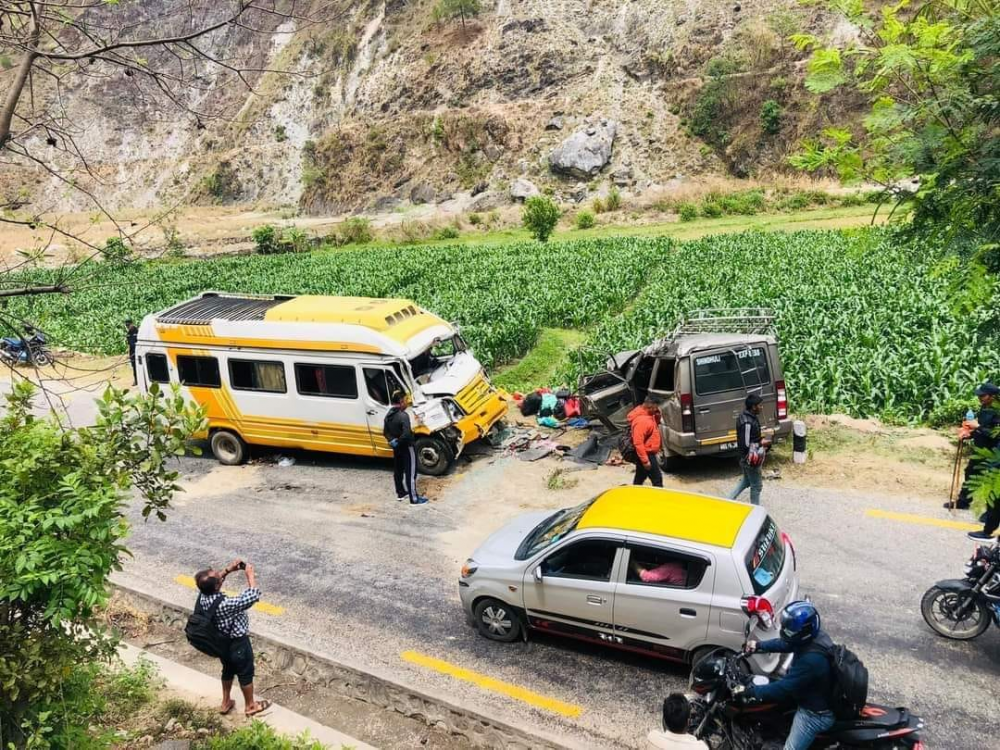 KATHMANDU: A bus carrying pilgrims and a Tata Sumo collided with each other in Roshi Rural Municipality, Kavre, killing five people and injuring 19 others on Wednesday.

The bus heading towards India from Kathmandu collided head-on with the Tata Sumo en route to Kathmandu from Sindhuli this afternoon, DSP Hari Khatiwada of the District Police Office, Kavre said.

The injured are undergoing treatment at the Dhulikhel Hospital.

The District Police Office, Kavre said that among the injured some are in critical condition.