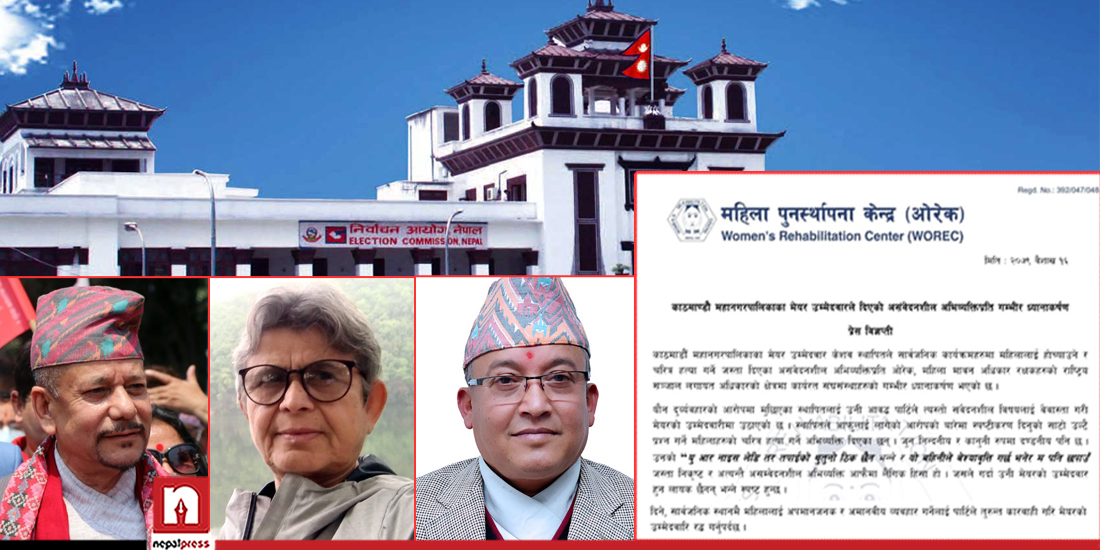 KATHMANDU: The Election Commission has directed the WOREC, a non-governmental organisation, to remove the statement issued against CPN-UML mayoral candidate of Kathmandu Metropolitan City Keshav Sthapit and furnish written clarification within three days.

A meeting of the poll body held on Monday said that the statement, which was issued demanding withdrawal of Sthapit’s candidacy, tarnished the image of the candidate and also violated the election code of conduct.

The Commission directed the WOREC to withdraw the statement within 24 hours.

The EC said that it would be illegal and against the election code of conduct for a non-political party to issue a statement urging the people not to vote for a candidate of a political party.

The Commission has also urged the political leaders not to violate the election code of conduct.