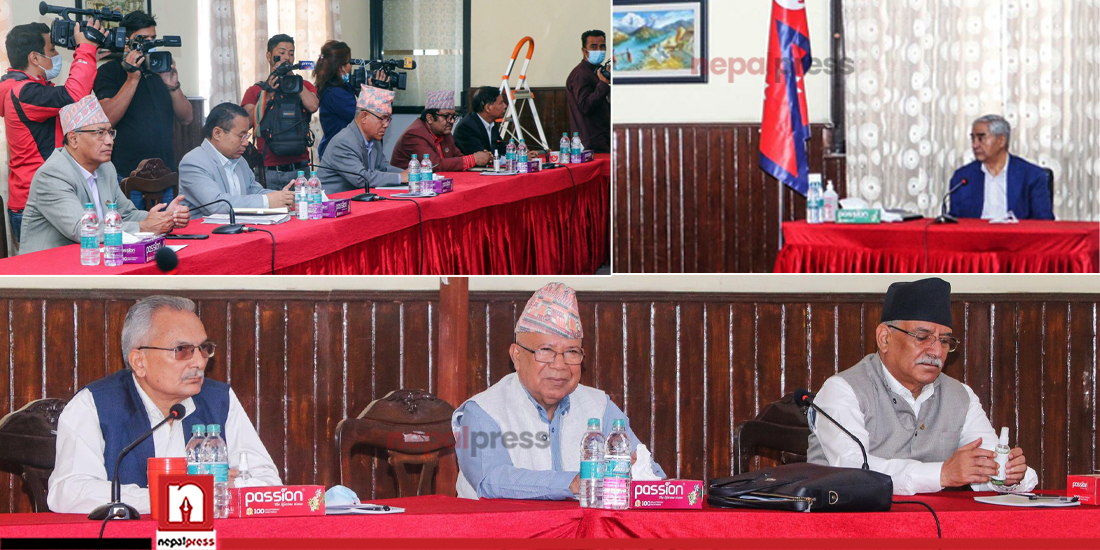 KATHMANDU: The ruling coalition has once again appealed to the rebel candidates to withdraw their candidacies.

Today is the last day to withdraw nominations for the upcoming local level elections.

A meeting of the five-party alliance held on Friday under the headship of Nepali Congress President and Prime Minister Sher Bahadur Deuba directed the candidates to withdraw nominations registered for the mayoral and deputy mayoral posts in six metropolitan cities and 11 sub-metropolitan cities against the agreement.

The meeting has also decided to scrap the alliances forged with other parties.

The meeting has also decided that the concerned parties will take immediate action if the five parties do not scrap the alliances forged with parties other than the coalition.