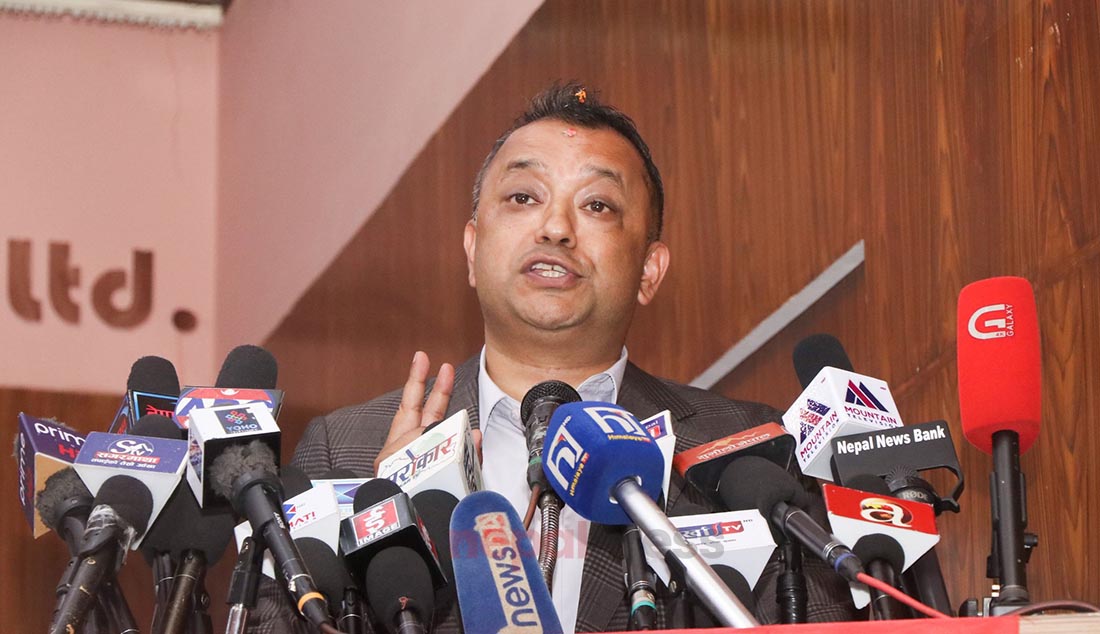 KATHMANDU: General-Secretary of the Nepali Congress Gagan Kumar Thapa has said a mayor who is aware of the people’s problems is the need of Kathmandu Metropolitan City.

At a programme organised to unveil a resolution of the mayoral candidate of the KMC from the Nepali Congress, Srijana Singh, on Thursday, Thapa laid stress on the need to make Singh victorious to transform the city.

He opined, “Srijana is not only the daughter-in-law of Ganeshman Singh and the spouse of Prakashman Singh, but also a political figure. The party has done justice to Srijana and given her a ticket for the post. Let’s make her victorious to build a prosperous metropolitan.”

The NC General-Secretary urged all not to miss the opportunity to elect a woman to the post of mayor in Kathmandu.” Saying it was an opportunity for women across the nation to get a woman as the head in the capital, NC Spokesperson Prakash Sharan Mahat urged voters to utilise this opportunity.

Mahat said Srijana had played a significant role in the establishment of democracy in the country, adding that the NC had made Srijana a candidate for the post of mayor of KMC for the development of the nation.

On the occasion, Srijana presented a seven-point resolution. She claimed that she was capable of transforming Kathmandu Metropolitan City. RSS