5 arrested with more than 2 kg gold from TIA 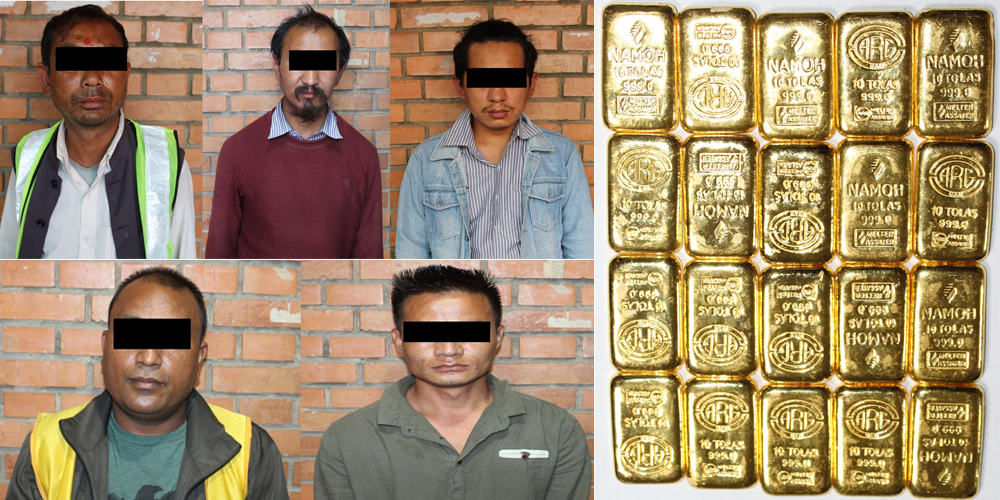 Police said that the duo had concealed 2.23 kg gold inside a dustbin placed at the toilet of Himalaya Airlines flight.

The flight had arrived in Kathmandu from Dubai today.

Police claimed that Mabo came out of the plane with the gold and handed over it to Tamang to take the precious yellow metal outside the airport.

Thapa and Rai were apprehended while they were waiting to receive the gold from them.

Police said that they have been handed over to the Tribhuvan International Airport Customs Office, Gauchar for further investigation.