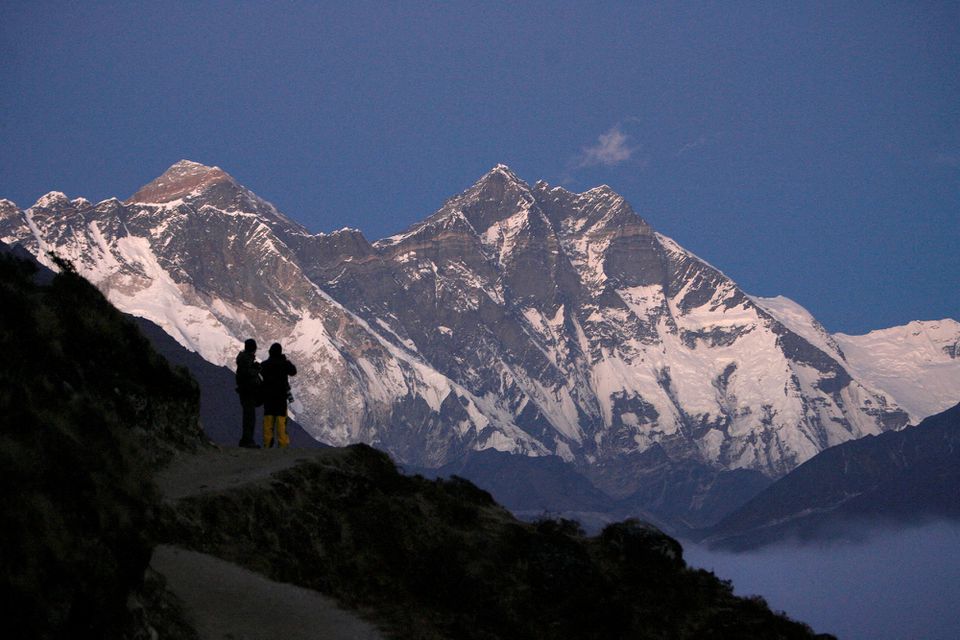 Nepal is putting a 21st-century spin on a tourism sector dominated by activities unchanged for generations as it looks to boost a vital part of an economy decimated by the COVID-19 pandemic and soaring import bills, Reuters reported.

As part of broader plans to lure more tourists to the home of eight of the world’s 14 highest peaks, authorities are promoting bungee jumping, paragliding and sky diving on top of traditional trekking and climbing, said Taranath Adhikari, director general at the Department of Tourism.

“We are adding new tourism infrastructure and investment in hotels is (also) rising,” he told Reuters in the capital Kathmandu.

The country has additionally called on its envoys to promote tourism, promised to ease visa rules and urged China to allow more people to visit despite COVID curbs.

Nepal suspended climbing and trekking in early 2020 because of the pandemic, and Adhikari called the rate at which visitor numbers were rising again “inspiring”.

In the first quarter of 2022, foreign arrivals more than doubled year on year to almost 79,000, and he said he expected the recovery to continue in coming months.

But numbers remain less than half of pre-pandemic levels, leaving the economy more vulnerable to shocks at a time when prices for imports including crude, edible oils and coal have soared.

On Tuesday, Prime Minister Sher Bahadur Deuba’s government imposed a complete ban on imports of some luxury goods including cars until mid-July amid dwindling foreign exchange reserves and mounting debt.

Regardless of that, hoteliers are ready to cater for the hoped-for tourism resurgence.

Binayak Shah of the Hotel Association Nepal (HAN) said the country could now accommodate up to 2.5 million visitors, more than double the record 1.2 million of 2019.

While tourism is Nepal’s most famous industry, it is however far from its biggest source of income, accounting for around 5% of foreign exchange reserves compared with around 60% from remittances sent home by Nepali working abroad.

They also dropped during the pandemic as many expatriates were forced to return home, leaving many of its 29 million citizens facing hardship.

In mountain areas that depend largely on tourism, nearly 80% lost their income during the pandemic and the trekking ban, and about 3,500 tourism-reliant enterprises in the Thames area of Kathmandu alone closed, according to industry estimates.

More visitors come from neighbouring India and China than anywhere else, and both countries are taking measures to prevent another wave of COVID cases.

Nepal, with a $36 billion economy, has recorded fewer than 50 COVID-19 cases and zero deaths in more than a month. So far 66.8% of its population have been fully vaccinated.

She has been coming to Nepal regularly since 1998, and was preparing to trek to Pun hill, near the world’s 10th tallest peak Mount Annapurna.

The Ukraine conflict also deterred tourists from there and Russia, while air fares and other costs are rising.

Despite the headwinds, some restaurant and hotel owners are looking forward to better times.

Agni Dhakal, 47, who has run a souvenir shop in Thamel for 30 years, said most people in the business felt the worst was behind them. “It looks like that the black era for Nepal tourism is over.”