Liverpool breeze past Villarreal to close in on Champions League final 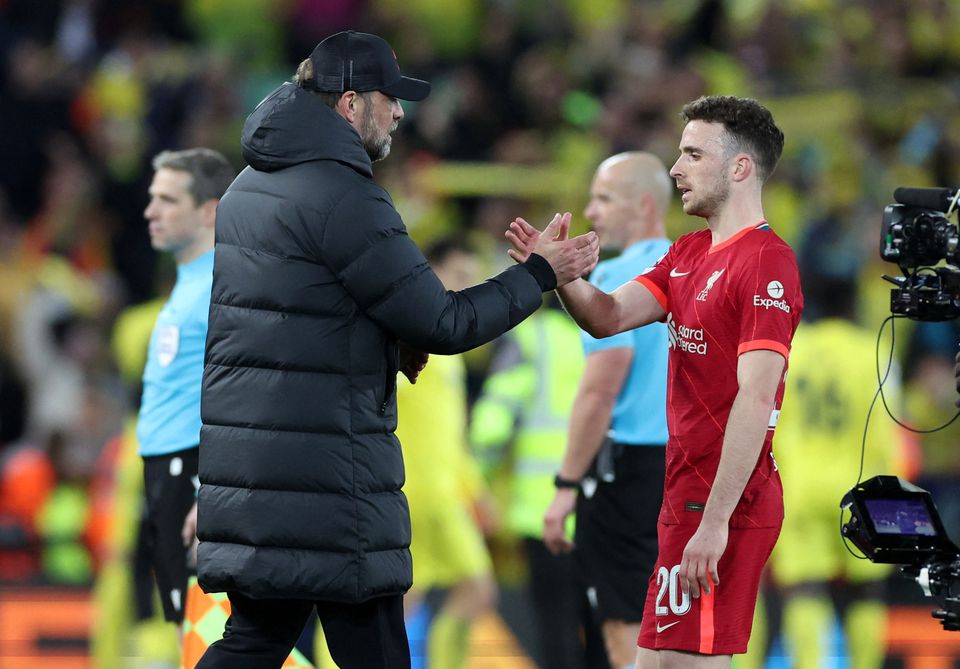 An own goal and a Sadio Mane strike earned Liverpool a 2-0 victory in their Champions League semi-final first-leg against Villarreal on Wednesday, putting Juergen Klopp’s side on course for their third European Cup final in five seasons, Reuters reported.

After the drama of Tuesday’s other semi-final, which saw Manchester City beat Real Madrid 4-3 at the Etihad, it was never going to be easy for this game to compete in the entertainment stakes.

But Liverpool did enough to build themselves a solid lead for Tuesday’s return game in Spain where they will be confident of finishing off the job.

Villarreal defended in numbers in the first half to frustrate the six-times European Cup winners, with Thiago Alcantara going closest to breaking the deadlock with a thunderous strike from distance that hit the post.

There were several half-chances for Liverpool with Jordan Henderson drilling into the side netting and Mohamed Salah floating an effort wide, while Mane saw a deflected effort zip just past the post.

But for the most part Unai Emery’s defence coped well, with Pau Torres in command at the back and the central midfield pairing of Dani Parejo and Etienne Capoue protecting the area in front of them.

Liverpool turned it up a notch after the break and moments after Brazilian midfielder Fabinho had seen one effort ruled out for offside, Henderson’s cross was deflected into his own net by Pervis Estupinan to break Villarreal’s resistance.

Able to express themselves with the deadlock broken, Mohamed Salah threaded a sublime pass through for Mane to put the game beyond the visitors 133 seconds later.

Liverpool’s pressing was too much for the Spaniards at times and they had chances to make the result more comprehensive.

Andy Robertson had a fine effort ruled out for offside after connecting with a sweeping cross from Trent Alexander-Arnold, while Virgil van Dijk tried his luck with a long-range thunderbolt which nearly knocked Villarreal keeper Geronimo Rulli off his feet.

Anfield showed its appreciation at the final whistle but in truth this was a game that felt more like a group-stage match than a last-four encounter.

“They are a very organised team and we knew they would make it difficult. It was just important that we kept going and believed that we would eventually break them down. We did that with two good goals,” said Henderson.

“Majority of the game, our counter-press was really good. It made it difficult for them. But the game is still alive and it will be tough in Villarreal.”