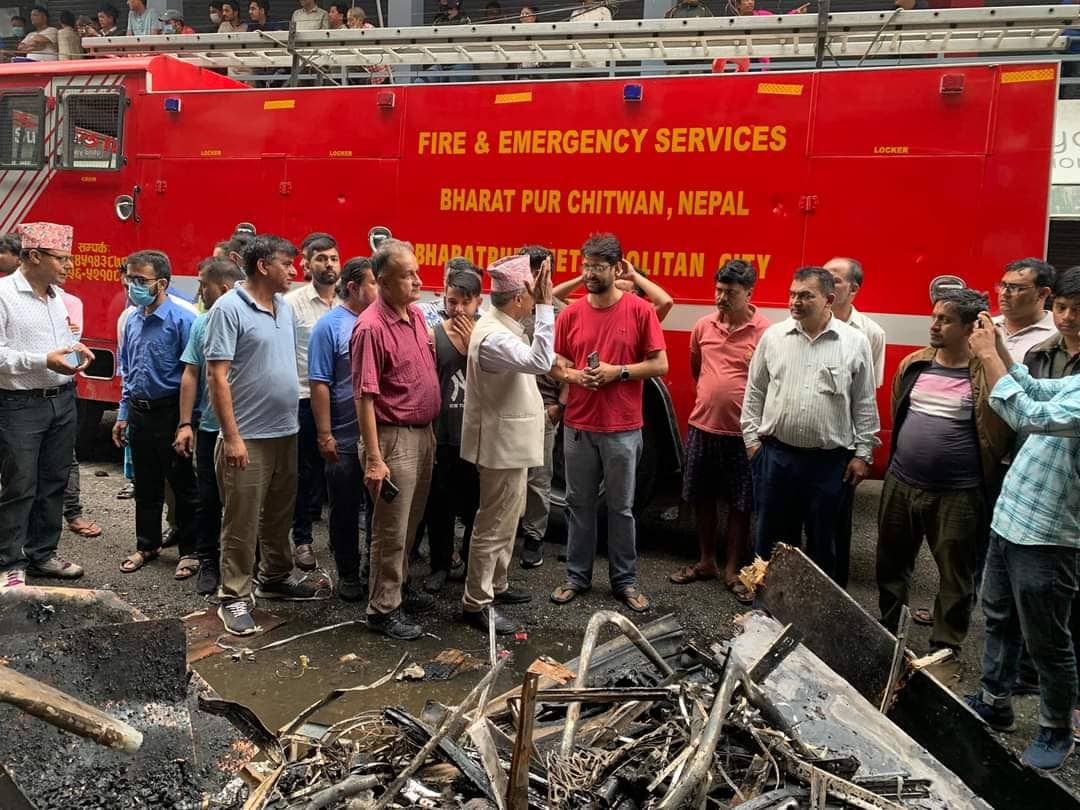 CHITWAN: At least six shops were completely destroyed in a fire that broke out at a house in Kamalnagar Chowk, Narayangarh Bazaar of Chitwan on Thursday.

The fire broke out at the four-storey house of Tulsiram Sapokota in Bharatpur Metropolitan City-3 at around 1:30 am.

The blaze engulfed six shops that were operating in the house, police said.

Police said that the details of the property destroyed in the fire are yet to be ascertained.

The fire was doused with the help of  Nepal Army, Armed Police Force and Nepal Police personnel by using fire engines of Khaireni Municipality and Nepal Army at around 7 am today.