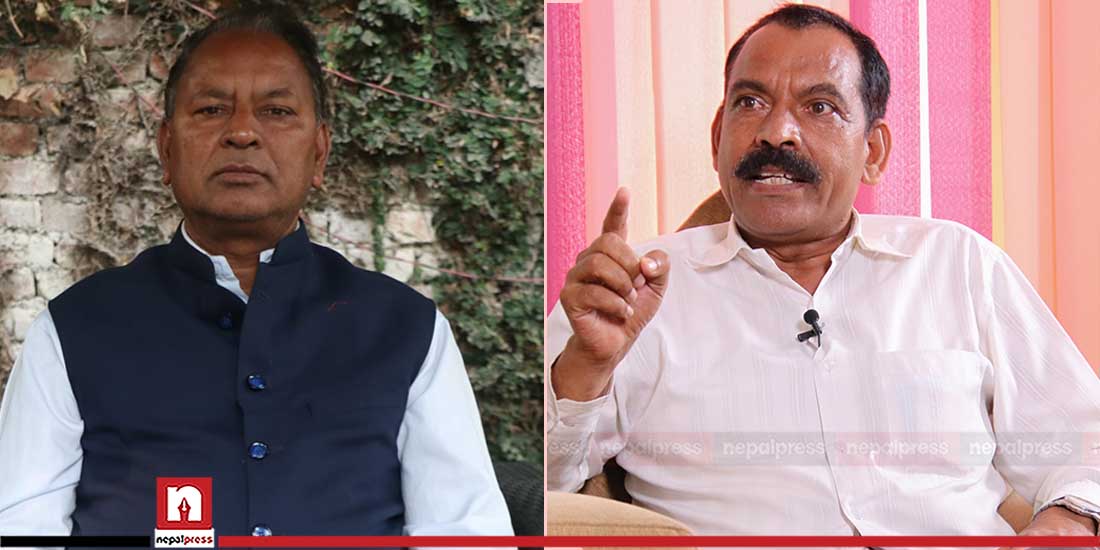 KATHMANDU: The Nepal Communist Party led by Netra Bikram Chand has removed the party’s secretariat members Hemanta Prakash Oli and Dharmendra Banstola from their posts for carrying out activities against the party.

Party Chair Chand said in a press release today that Oli and Banstola have been removed from their post for an indefinite period.

He stated that a situation has arisen wherein the two leaders had to be sacked from their posts because of their own activities.

A sharp dispute was seen within the party after Banstola issued a statement warning several leaders and cadres of the party who filed their candidacy in the upcoming local level election as per the party’s directives to withdraw their candidature. RSS 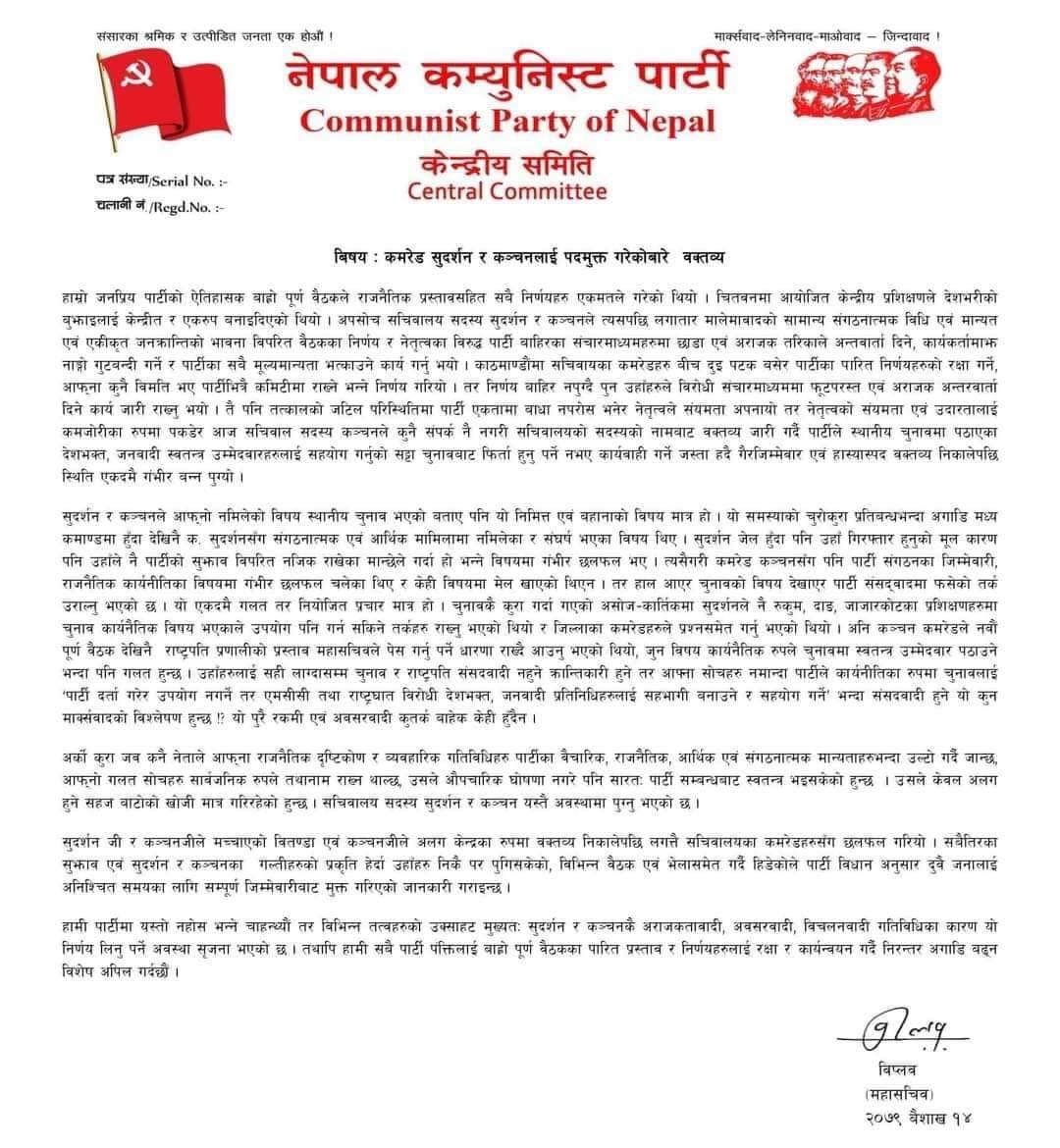