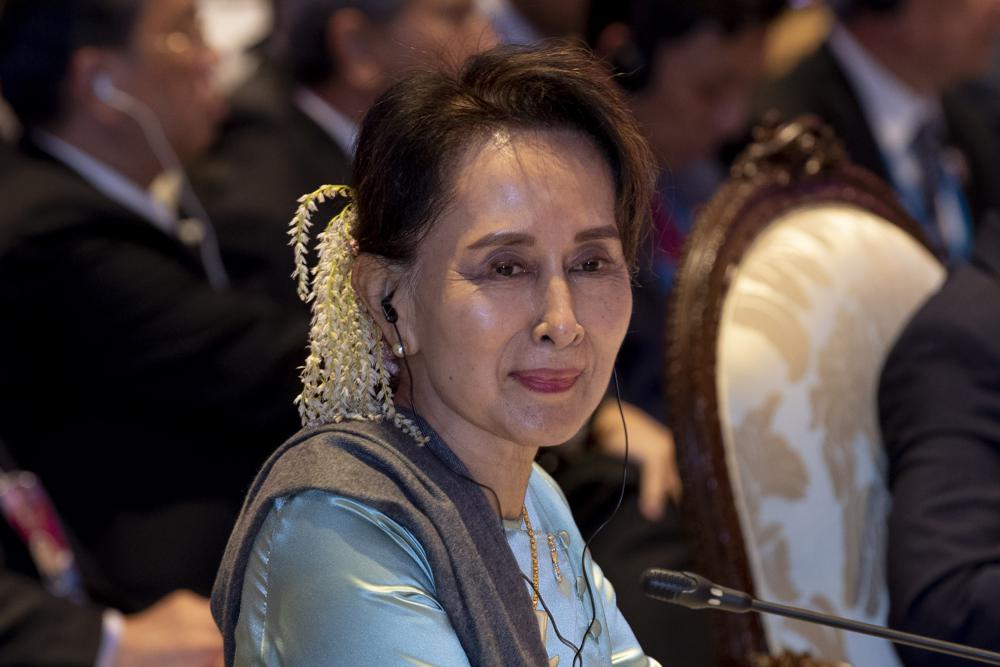 A court in military-ruled Myanmar convicted the country’s former leader Aung San Suu Kyi of corruption and sentenced her to five years in prison Wednesday in the first of several corruption cases against her, Associated Press reported.

Suu Kyi, who was ousted by an army takeover last year, had denied the allegation that she had accepted gold and hundreds of thousands of dollars given her as a bribe by a top political colleague.

Her supporters and independent legal experts consider her prosecution an unjust move to discredit Suu Kyi and legitimize the military’s seizure of power while keeping the 76-year-old elected leader from returning to an active role in politics.

She has already been sentenced to six years imprisonment in other cases and faces 10 more corruption charges. The maximum punishment under the Anti-Corruption Act is 15 years in prison and a fine. Convictions in the other cases could bring sentences of more than 100 years in prison in total for a Nobel Peace Prize laureate who already spent years in detention for defying military rule.

News of Wednesday’s verdict came from a legal official who asked not to be identified because he is not authorized to release such information. Suu Kyi’s trial in the capital Naypyitaw was closed to the media, diplomats and spectators, and her lawyers were barred from speaking to the press.

Suu Kyi’s National League for Democracy party won a landslide victory in the 2020 general election, but lawmakers were not allowed to take their seats when the army seized power on Feb. 1, 2021, arresting Suu Kyi and many senior colleagues in her party and government. The army claimed it acted because there had been massive electoral fraud, but independent election observers didn’t find any major irregularities.

The takeover was met with large nonviolent protests nationwide, which security forces quashed with lethal force that has so far led to the deaths of almost 1,800 civilians, according to a watchdog group, the Assistance Association for Political Prisoners.

As repression escalated, armed resistance against the military government grew, and some U.N. experts now characterize the country as being in a state of civil war.

Suu Kyi has not been seen or allowed to speak in public since she was detained and is being held in an undisclosed location. However, at last week’s final hearing in the case, she appeared to be in good health and asked her supporters to “stay united,” said a legal official familiar with the proceedings who asked not to be named because he is not authorized to release information.

In the case decided Wednesday, she was accused of receiving $600,000 and seven gold bars in 2017-18 from Phyo Min Thein, the former chief minister of Yangon, the country’s biggest city and a senior member of her political party. Her lawyers, before they were served with gag orders late last year, said she rejected all his testimony against her as “absurd.”

The nine other cases currently being tried under the Anti-Corruption Act include several related to the purchase and rental of a helicopter by one of her former Cabinet ministers. Violations of the law carry a maximum penalty for each offense of 15 years in prison and a fine.

Suu Kyi is also charged with diverting money meant as charitable donations to build a residence, and with misusing her position to obtain rental properties at lower-than-market prices for a foundation named after her mother. The state Anti-Corruption Commission has declared that several of her alleged actions deprived the state of revenue it would otherwise have earned.

Another corruption charge alleging that she accepted a bribe has not yet gone to trial.