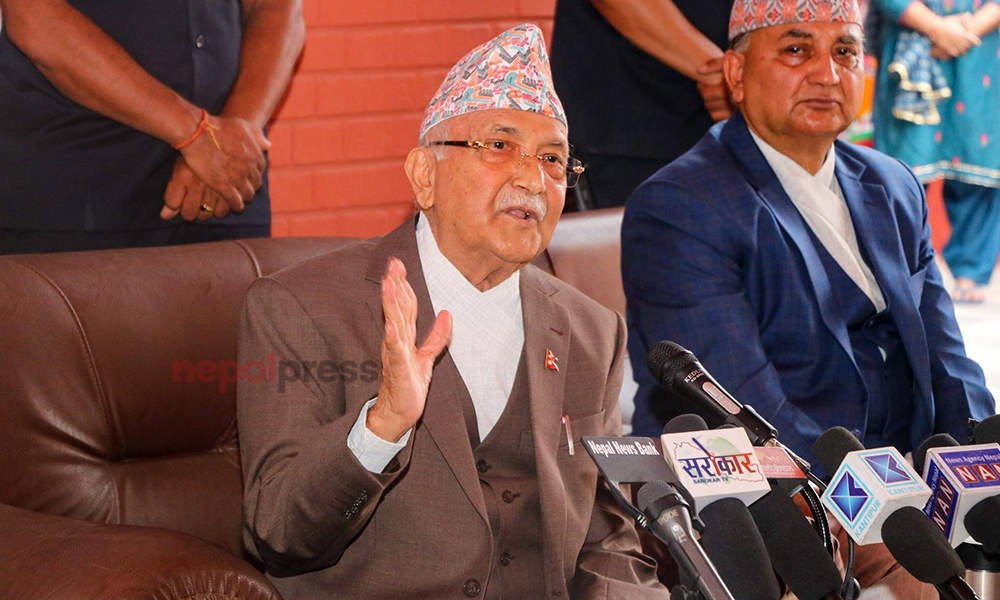 At a programme organised by the Man Mohan Memorial Foundation on the occasion of 23rd Memorial Day of Man Mohan Adhikari on Tuesday, Chair Oli opined that Man Mohan saved the communist movement of Nepal even after facing many problems and crises.

“Communist movement fragmented after its second general convention. The party was badly split after 2022 BS”, he mentioned.

The CPN (UML) is the strongest force in ideological and practical aspects of the communist movement, he said, adding Man Mohan was a cool and calm person who never did any work in haste.

“His political journey was not like a relay race. He was like a marathon runner in politics. Because he was a marathon runner, he became a member of parliament and the Prime Minister at the age of 71 years,” Oli reminisced the late Adhikari.

Stating that healthy competition was necessary for protecting democracy, the UML Chair instructed the party leaders and cadres not to be aggravated and incensed as the party has dived into the election fray with enthusiasm and motivation.

He urged the party leaders and cadres to adopt patience like the late leader Man Mohan Adhikari. Patience and tolerance is the UML’s character and the party should be taken ahead guided by this principle. “It is essential that we all bring improvement in our conduct, behaviour and thinking,” he stressed, calling on the party leaders and cadres to obey the party’s decision even if they do not get the party’s ticket to contest in the local election.

Reiterating that nepotism and favouritism did not exist in the UML, the party Chair called on the party’s all leaders and cadres to focus on the upcoming May 13 local election and ensure the victory of the party’s candidates.

Foundation president and UML senior vice-chair Ishwor Pokhrel said the UML was moving forward with the agenda of country’s development. He said the UML should be guided ahead following the late Adhikari’s thoughts and principles. RSS