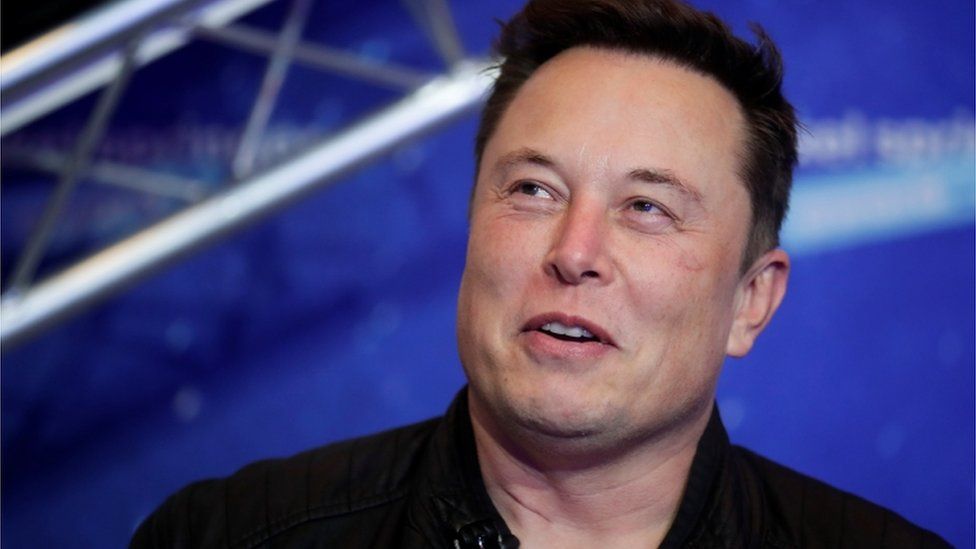 The board of Twitter has agreed to a $44bn (£34.5bn) takeover offer from the billionaire Elon Musk, BBC reported.

Mr Musk, who made the shock bid less than two weeks ago, said Twitter had “tremendous potential” that he would unlock.

He also called for a series of changes from relaxing its content restrictions to eradicating fake accounts.

The firm initially rebuffed Mr Musk’s bid, but it will now ask shareholders to vote to approve the deal.

Mr Musk is the world’s richest person, according to Forbes magazine, with an estimated net worth of $273.6bn mostly due to his shareholding in electric vehicle maker Tesla which he runs. He also leads the aerospace firm SpaceX.

“Free speech is the bedrock of a functioning democracy, and Twitter is the digital town square where matters vital to the future of humanity are debated,” Mr Musk said in a statement announcing the deal.

“I also want to make Twitter better than ever by enhancing the product with new features, making the algorithms open source to increase trust, defeating the spam bots, and authenticating all humans,” he added.

“Twitter has tremendous potential – I look forward to working with the company and the community of users to unlock it.”

The move comes as Twitter faces growing pressure from politicians and regulators over the content that appears on its platform. It has drawn critics from left and right over its efforts to mediate misinformation on the platform.

In one of its most high-profile moves, last year it banned former US President Donald Trump, perhaps its most powerful user, citing the risk of “incitement of violence”.

At the time Mr Musk observed: “A lot of people are going to be super unhappy with West Coast high tech as the de facto arbiter of free speech.”

News of the takeover has been cheered by the right in the US, although Mr Trump on Monday told Fox News he had no plans to re-join the platform.

The White House declined to comment on the takeover but spokesperson Jen Psaki told reporters: “No matter who owns or runs Twitter, the president has long been concerned about the power of large social media platforms.”

On Twitter, MP Julian Knight, chairman of the UK’s Digital, Culture, Media and Sport Committee, called the deal an “extraordinary development in the world of social media”.

“It will be interesting to see how a privately owned Twitter (run by a man who is an absolutist over free speech) will react to global moves to regulate.”

Mr Musk, who has more than 80 million followers on Twitter, has a controversial history on the platform himself.

In 2018 US financial regulators accused him of misleading Tesla investors with his tweets, claims that were resolved in a $40 million settlement and that Mr Musk continues to deny.

And in 2019 he was hit with a defamation suit – which he successfully defeated – after calling a diver involved in rescuing schoolboys in Thailand “pedo guy” on the platform.

On Monday, Mr Musk, who has been known to clash with journalists and block critics, suggested that he saw Twitter as a forum for debate.

“I hope that even my worst critics remain on Twitter, because that is what free speech means,” he wrote just hours before the deal was announced.

As part of the takeover, which is expected to close later this year, Twitter’s shares will be delisted and it will be taken private.

Mr Musk has suggested this will give him freedom to make the changes he wants to the business.

Among other ideas, he has suggested allowing longer posts and introducing the ability to edit them after they have been published.

Twitter shares on Monday closed more than 5% higher after the deal was announced.

But the price remained lower than Mr Musk’s $54.20 per share offer, a sign that Wall Street believes he is overpaying for the firm.

Mr Musk has said he doesn’t “care about the economics” of the purchase. However, he will take on a company with a chequered record of financial performance.

Despite its influence, Twitter has rarely turned a profit and user growth, particularly in the US, has slowed.

The company, founded in 2004, ended 2021 with $5bn in revenue and 217 million daily users globally – a fraction of the figures claimed by other platforms such as Facebook.

Bret Taylor, chair of Twitter’s board, said it had fully assessed Mr Musk’s offer and it was “the best path forward for Twitter’s stockholders”.

It is not clear who will lead the company moving forward. Twitter is currently led by Parag Agrawal, who took over from co-founder and former boss Jack Dorsey last November.

But in his offer document, Mr Musk told Twitter’s board: “I don’t have confidence in management.”

Mr Agrawal told employees on Monday that the future of Twitter is uncertain.

“Once the deal closes, we don’t know which direction the platform will go,” he said, according to the Reuters news agency.

How did the deal come together?

Mr Musk’s targeting of Twitter has moved at remarkable speed. It emerged at the beginning of April that he had become the largest shareholder in the firm with a 9.2% stake.

He was then invited to join Twitter’s board but turned down the offer before launching a surprise bid for the company on 14 April, saying he wanted to “unlock” its potential as a bastion of freedom of speech.

Twitter tried to fend off his bid, threatening to dilute the shareholdings of anyone who bought more than a 15% stake in the firm. However, its stance shifted after Mr Musk revealed more financial details about his proposed bid.

He has secured $25.5bn of financing for the deal and will take a $21bn stake in the business.

The board unanimously approved the bid, which will now be presented to shareholders for a vote.

The speed this move has happened at had many heads in Silicon Valley spinning.

From nowhere, Elon Musk is the absolute monarch of Twitter.

He himself has said it’s not about the “economics”, this is about power and influence.

By taking the company private he will exercise total control over Twitter.

He has the power to do with the company as he pleases. In practice that will mean a much lighter moderation policy.

He also says that he will make its algorithm public – so that people can better understand how Twitter works.

The move leaves the door open to Donald Trump’s return to the platform, though he apparently says he would rather use his own social media platform Truth Social for now.

For years conservatives have argued that Twitter is biased against them – and the news has left Republicans in the US delighted.

The danger that Twitter now faces is that unfettered free speech on social media can become very ugly, very quickly.