Property worth around Rs 75 million destroyed in Bhaktapur fire 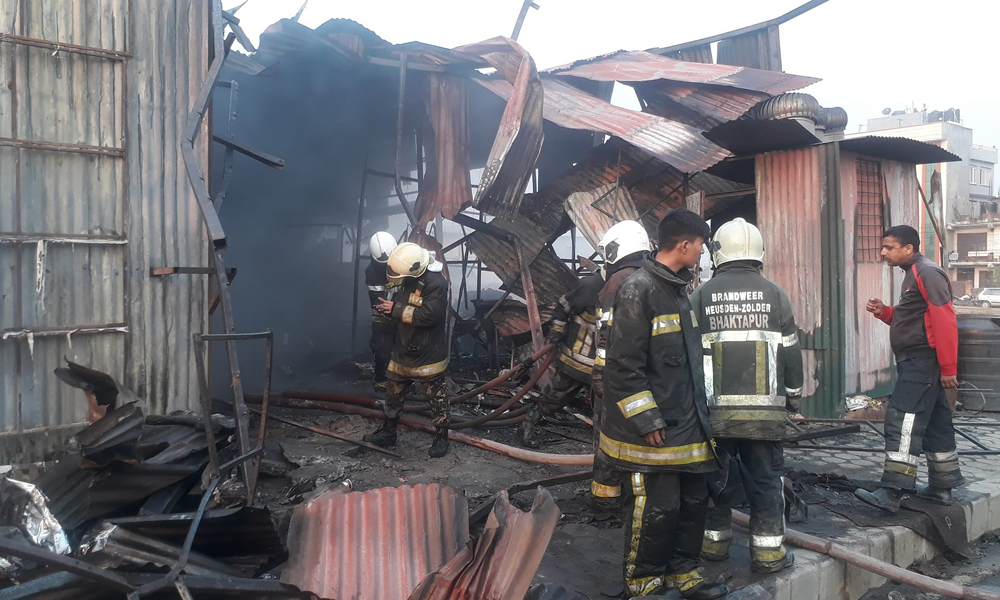 BHAKTAPUR: Property worth around Rs 75 million was destroyed in a fire that broke out at the Green Sea Trading hardware store of Rajan Group in Kamerotar of Madhyapur Thimi Municipality- 5, Bhaktapur on Sunday.

The reason behind the fire is yet to be ascertained.

According to Metropolitan Police Circle, Bhaktapur, the incident occurred at around 9 pm last night.

DSP Raju Pandey, spokesperson at the Metropolitan Police Range, Bhaktapur, said that the fire destroyed pipes and other hardware items in the store.

The fire was taken under control at around 2: 30 am today with the help of Nepal Police, the Armed Police Force personnel backed by fire engines.